Finding Out the Bulls Playoff Opponent, An Opportunity for Patrick Williams? KAT Out, and Other Bulls Bullets Skip to content 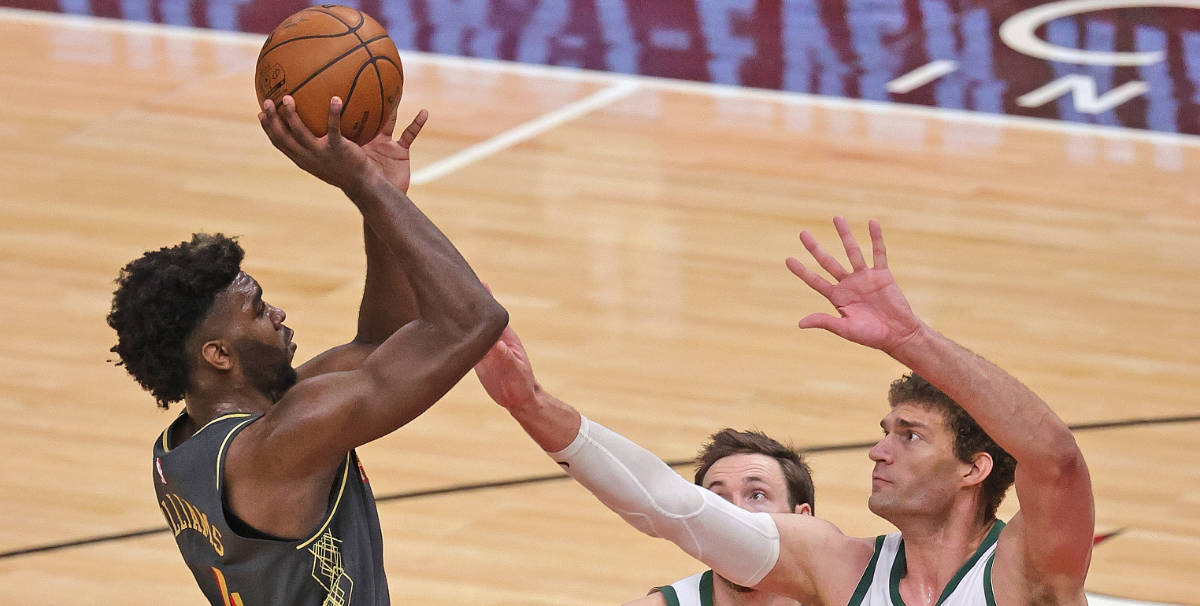 A lot can change in a year.

As the Chicago Bulls took the court for their regular-season finale on May 16th, 2021, they were hunting their 31st win of the season. A lineup of Coby White, Garrett Temple, Patrick Williams, Lauri Markkanen, and Thaddeus Young took the floor against a Milwaukee Bucks team resting every starter. Thanks to a 20-point effort from Young and 19 points from White, the Bulls snapped a 12-game losing streak to Milwaukee and rode off into a barely-visible and stormy sunset.

Fast forward to April 10th, 2022, and the Chicago Bulls will be the team sitting practically all of their main guys. With 45 wins under their belt for the first time since the 2015-16 season, Zach LaVine, DeMar DeRozan, and Nikola Vucevic will rest tonight’s game in Minnesota as the franchise prepares for a playoff berth.

I know the final month of this regular season has been hair-loss-inducing, but the fact the organization can sit players for that reason represents real progress.

•   Today will decide the Chicago Bulls playoff fate. While the team is locked into the No. 6 seed, the Bucks, Celtics, and 76ers all have a chance to finish in the No. 3 seed by the end of the day. Boston is currently tagged as the most likely to finish in that spot with a 53.2 percent chance on Basketball-Reference’s Playoff Probabilities Report. However, if the team beats the Grizzlies today and the Milwaukee Bucks lose to the Cavaliers, the two teams could swap places. Considering Boston appears to be playing most of their key guys, while Milwaukee is in line to sit multiple starters, we certainly can’t rule out this happening.

The Bucks have marked Giannis Antetokounmpo, Brook Lopez, Khris Middleton and Bobby Portis as doubtful for tomorrow's game vs the Cavaliers.

•   Another possibility is the Celtics lose and the 76ers win, which would pit Philly and Chicago against each other in the first round. All things considered, it might very well be in the 76ers’ best interest to steal the Celtics spot and avoid the pesky Toronto Raptors. Not only has Joel Embiid swept the Bulls this regular season, but rumor has it Matisse Thybulle would not be able to play games in Toronto due to his vaccination status. One of the team’s best all-around defenders, there is no question his absence could make a difference against a ridiculously athletic Raptors squad.

A reminder of what’s at stake for Sixers on final day of regular season. If you’re a fan hoping for the third seed and avoiding Toronto — which, given Thybulle’s status, I imagine you are — you’re rooting for the Grizzlies.

Sixers’ and Grizzlies’ injury reports aren’t out yet. pic.twitter.com/AaTu2mw7X5

•   I’m crossing my fingers, toes, arms, legs, and eyes that things will go chalk this afternoon. I strongly believe the Celtics would provide the most competitive playoff series for the Bulls. Perhaps that assumption is wrong, but they do happen to be the only team Chicago has beaten this season out of those three possible opponents. Not to mention, the team will likely be without big man Robert Williams for the entire first round. We all know this team does not have the frontcourt bodies to hang in a series against Antetokounmpo and Embiid. And, look, I recognize no team in the league can full-on stop these two, but the Bulls are especially thin in size and rim protection. They have allowed the 8th-most points in the paint per game this season, and opponents have shot 61.6 on shots less than 8ft out from the rim since the All-Star break.

•   Unleash The Paw! With the stakes low in tonight’s battle, there is no reason we shouldn’t see Patrick Williams run the show. Thanks to his teammate’s abysmal effort, he is coming off a solid 15-point outing against the Hornets with a 5-6 performance from the free-throw line. I want to see him bring the ball up the court on some possessions, hunt his spots in the midrange, and attack the rim on some dribble drives. The more confident he is on the offensive end heading into his first playoffs, the better. No, he isn’t going to make or break the Bulls in the postseason, but we all know he is talented enough to make a difference on key possessions. The supporting cast becomes that much more important when the lights are brightest, and he has to be prepared to take advantage of offensive opportunities as opposing defenses hone in on the team’s “Big 3.”

•   The same can be said for Ayo Dosunmu. With no Lonzo Ball return on the horizon, Dosunmu will likely be asked to carry a sizable playmaking role in the first round. It never hurts to finish out the regular season strong to build some momentum.

•   FWIW: The Timberwolves will rest Karl-Anthony Towns tonight. Set to appear in the West’s Play-in Tournament later this week, Minnesota will want their big man as fresh as can be.

Nuggets star guard Jamal Murray and forward Michael Porter Jr. will be out for season finale Sunday vs. Lakers. Sources say, as of now, they are unlikely to return to action during playoffs: pic.twitter.com/KUMgctvOLD

Quarterback Dwayne Haskins Has Died After Being Struck By a Car – https://t.co/6H4nr40Jqm pic.twitter.com/11852dOOY6