Waiting for the Return of the Bulls' Offense, How's Alex Caruso Feeling? Playing Dress Up, and Other Bulls Bullets Skip to content 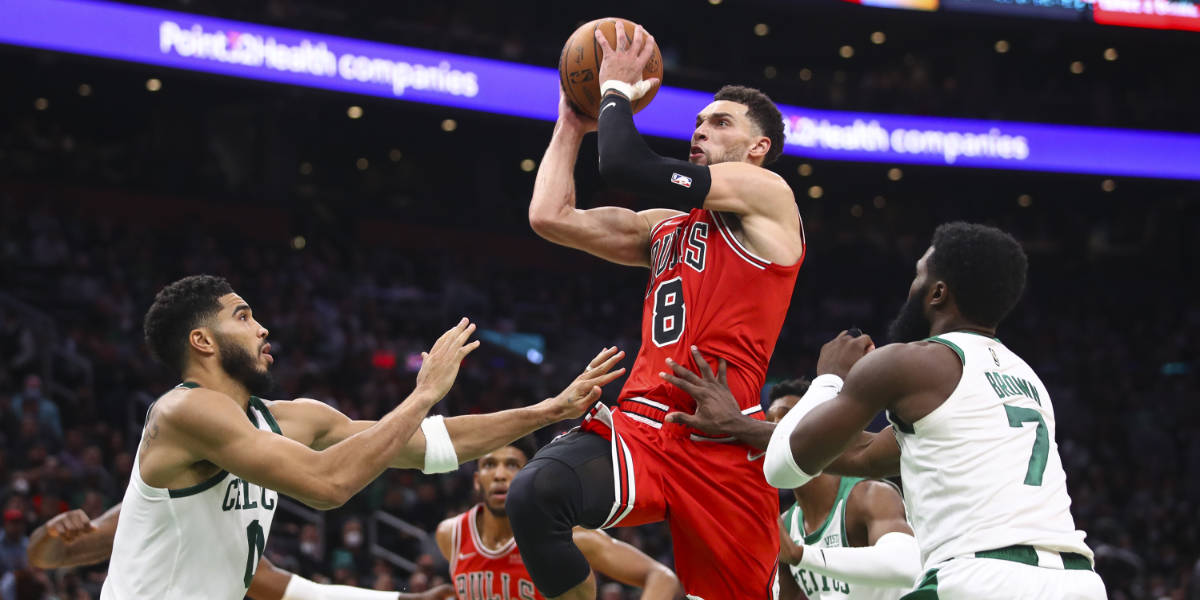 •   For a lot of first-time playoff teams, the change in pace can often be a rude awakening. We all know the game slows down with the postseason tips-off, as halfcourt efficiency and defensive execution become that much more important. While I’m definitely concerned about the Bulls’ ability to hold their own on the defensive end, we do at least have reason to believe this group can compete in any kind of shootout. Yes, I say that knowing this team has operated with a bottom-third offense in the league since the All-Star break, but I’m optimistic some extra time off can help re-establish the sharpshooting basketball we saw for roughly two-thirds of the season.

•   The Bulls held a 54.7 effective field goal percentage heading into the All-Star break, which ranked 4th in the NBA. In the 23 games that followed, the team held just a 52.6 EFG%, which sat bottom-five in the league. We may not see that number return to its top-of-the-league form in Round 1, especially against a rock-solid Bucks defense, but I do believe that former percentage is more indicative of this team’s offensive capabilities. As long as the ball doesn’t stick and the supporting cast prioritizes smart off-ball movement, we know this team can score with the best of the best.

•   A big reason for that is obviously Zach LaVine and DeMar DeRozan. They were the only pair of teammates to rank inside the top-13 for total points scored this season, and they both play a game that should translate decently well into a playoff environment. DeRozan is a midrange maestro who plays at his own pace and hunts his spots on the floor. LaVine, on the other hand, provides a nice contrast of transition talent and downhill explosiveness. While I hope this Bulls team can find a way to feed off their transition skills, it’s that former skillset from LaVine that will arguably prove most useful. As possessions shrink and the game is played primarily in the halfcourt, it will be up to LaVine to seek out the right shots. And, for him, that largely comes at the rim. We’ve seen LaVine do a much better job getting into the paint and establishing a presence at the free-throw line toward the latter half of this season, and the Bulls will need as many easy points as they can get. I wrote plenty more about that here.

•   Speaking of getting into an offensive groove, the Bulls have to hit their 3-point shots to stand any chance at stealing a victory.

The Bucks allow opponents to shoot the most 3PAs per game (mostly by design).

It goes without saying: That can’t happen again.https://t.co/cgHKhc3PbC

•   Alex Caruso’s elite point of attack defense will be huge for the Bulls in this serious, but arguably most important will be his voice. We’ve watched the veteran defensive-stopper bark out orders on that end of the floor all season long, and there is simply no question things click better when he’s out there. I know he was a part of the Bulls’ recent rough stretch, but he was also playing with plenty of rust and a lingering back injury. Fortunately, he told reporters on Wednesday he is feeling as close to 100 percent as he can at this time of year.

Alex Caruso says his back feels good, as close to 100 percent as he can get at this point in the year. pic.twitter.com/gm3s8FpdkQ

Alex Caruso: “I think our best is good enough to play with anyone in the league.”

•   Here’s the thing, I actually do agree with Caruso. Not only did we see it for about half the season, but we can’t deny the amount of individual talent on this team. With that said, can the Bulls be at their best? I think that’s the main problem, right? Lonzo Ball is just as important as a perimeter defender as he is an offensive connector, and he’s out for the season. LaVine has been honest about the fact that he will continue to play less than 100 percent until he can address his knee issue in the summer. Momentum is also not at all on this team’s side, as a second-half grueling schedule has completely disrupted this group’s chemistry. So, yes, I believe the best version of the Bulls can put up a good fight with anyone. But I just don’t think that’s the version we will see in these playoffs.

•   The Bulls trainers were apparently wearing knock-off Bucks jerseys yesterday during practice. I wonder who was stuck wearing Grayson Allen’s number? And I hope they stayed far away from Caruso.

Bulls leaving no stone unturned in their preparations for the Bucks pic.twitter.com/t5ZhwurZRx

•   The atmosphere at the United Center is about to be *chef’s kiss.*

#Bulls have announced their "See Red" campaign for the NBA playoffs.

As you can imagine, all fans are encouraged to wear red to games at the United Center.

•   If the Bulls need some extra motivation, I recommend Donovan prints out this post:

We All Know the Bulls Are Underdogs in Round One, But Just How Bad Is It?https://t.co/eFFWRu02AD pic.twitter.com/Ri4BLzml4v