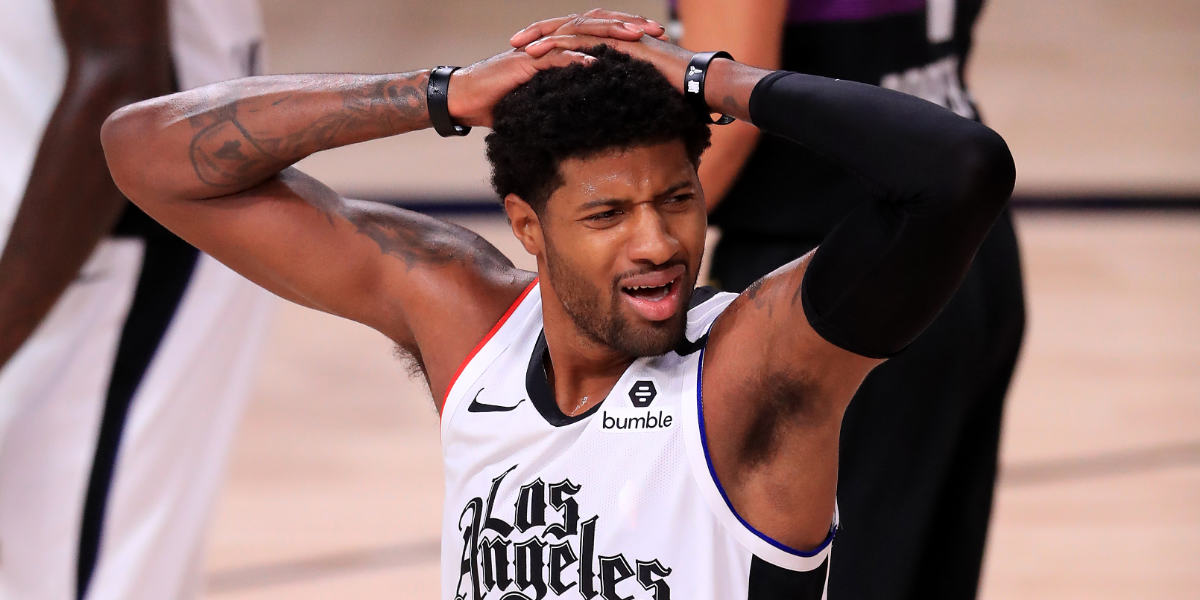 The play-in tournament wraps up with a pair of win-and-in games tonight, but not without some drama first …

With Kawhi Leonard still sidelined and George carrying the load for the Clippers at the end of this season, there is no question this is a significant blow to Los Angeles’ chances tonight. George scored 23 points in the Clippers’ loss to the Minnesota Timberwolves in Tuesday night’s play-in tournament matchup and has averaged 24 points, 7 rebounds, and 6 assists when healthy this season.

Joel Embiid locked up the 2021-22 NBA scoring title, finishing the season with 30.6 points per game on 49.9 percent shooting from the floor and 37.1 percent from behind the arc. Embiid has been neck and neck with fellow big man Nikola Jokic for the league’s MVP award all season, and a scoring title could certainly help his case.

Jokic finished the season logging 27.1 points, 13.7 rebounds, and 7.9 assists per contest, and he led the Nuggets to a 48-win campaign despite Denver dealing with a bevy of injuries.

Embiid takes the scoring crown, but Jokic nearly averaged a triple-double on the season and dragged an injured Nuggets team to 48 wins. I don’t know who deserves the award, but it’s been an entertaining season watching these two elite big men duke it out for the top individual honor.

Patrick Beverley Fined by the NBA

The NBA fined Patrick Beverley for his “egregious use of profanity” after the Timberwolves’ 109-104 victory over the Los Angeles Clippers on Tuesday night, according to a press release on Wednesday afternoon:

The following was released by the NBA. pic.twitter.com/or12JGdCAe

Beverley went on a bit of a tangent after the victory, dropping a few f-bombs in the heat of the moment, which is normal and perfectly fine if … ya know … you’re not recording yourself and posting it on social media. I mean, honestly, I couldn’t care less. Beverley is a passionate player playing with a big chip on his shoulder, and I’m sure that beating your old team to secure a playoff spot feels pretty darn sweet. At the end of the day, the language doesn’t offend me, and I’m sure I’m not alone in that sentiment. But I guess the NBA wants to make it known that social media celebrations should be kept to a PG-13 rating moving forward.

If you missed the Beverley social media clip, here it is:

According to ESPN’s Adrian Wojnarowski, Phoenix Suns head coach Monty Williams has been voted the National Basketball Coaches Association’s Coach of the Year for the second consecutive season. Williams and the Suns followed up a Western Conference title last year with a 64-win campaign and the top seed in the West.

Williams’ Suns dominated from the start of the regular to the end, becoming easily a title favorite:

ESPN Sources: The Phoenix Suns’ Monty Williams – architect of the NBA’s best regular-season team – has been voted the National Basketball Coaches Association’s Coach of the Year for a second consecutive time: https://t.co/YQHfNsIO7m

Who gets your vote for best player under 25?

Our NBA writers ranked their top 25 under 25 (@ESPNPlus) 🔗 https://t.co/A7CRMEnP3Q pic.twitter.com/5RLKfOmHZ6

•   The CJ McCollum trade to the New Orleans Pelicans has been the best deal of the deadline thus far, and the team has a chance to prove that further by locking in a playoff appearance tonight:

CJ McCollum has been preparing for this new role his entire career.

After 8.5 years in Portland, he’s blazing a new trail in New Orleans.

•   Steph Curry is on track to make his return for Game 1 of the Warriors’ first-round series with the Denver Nuggets this weekend. Curry has been sidelined since March 17 with a ligament sprain in his left foot.

Golden State Warriors star Stephen Curry (foot) is on track to make his return in Game 1 vs. Nuggets on Saturday as long as he clears team’s scrimmage today without issues, sources tell me and @anthonyVslater.

•   In other injury news, Shams Charania has reported that, unlike the Warriors, the Dallas Mavericks will not get their star player back in time for Game 1 of their first-round series this weekend. Doncic is expected to miss at least the opening game of Dallas’ series with the Utah Jazz on Saturday night as the Mavericks’ star deals with a strained calf that he suffered in the regular season’s final game. Charania has the Mavs treating this as a day-to-day injury for now, but this will be something to monitor throughout the series.

The latest regarding Doncic: https://t.co/bEFYKs2gmk

•   Get your popcorn ready!

Take a look back at the best fantastic finishes of the 2021-22 regular season! #BestOfNBA pic.twitter.com/P6vjB1LdUp

Take a look at some defining numbers from the NBA’s 75th Anniversary Season. pic.twitter.com/KX5hFl57hg

Relive the TOP #MtnDew3PT buckets from the 2021-22 regular season! pic.twitter.com/ONOT9iipeK

On this day in 2000… Kendall Gill got one of the friendliest bounces you'll ever see! #NBA75 pic.twitter.com/jU0FCyo64N

•   I’ll leave you with some of the top slam dunks of the 2021-22 NBA season. Enjoy the play-in tournament action tonight and the start of the playoffs this weekend!