THE CHICAGO BULLS STOLE ONE IN MILWAUKEE!

I KNOW, I CAN’T BELIEVE I’M TYPING THAT SENTENCE EITHER!

Sorry for a bit of a delayed Enhanced Box Score tonight, but there were a couple of other pressing matters I wanted to get a post out on first, and I’ll drop the link to those below.

Bucks’ Khris Middleton Suffered a Sprained MCL and Will Get an MRI on Thursdayhttps://t.co/5WxCT8yWcm pic.twitter.com/E2ykGxvUlm

As I’m sure you can imagine, I have a ton of thoughts on what happened tonight, but I think I’ll have to flesh out most of those tomorrow (er, today) after a little sleep.

For now, I just want to say I’m pretty blown away the Bulls actually pulled off this victory. Perhaps I shouldn’t be after the effort we saw in Game 1, but there were still so many key question marks about how real the defensive intensity was and how quickly the cold-shooting could dissipate. What we saw tonight, though, was easily the best four quarters of basketball from the Bulls in months. They played with the same kind of energy and execution on both ends that rose them to the top of the Eastern Conference earlier this season. The defense was as physical as it was scrappy, forcing the Bucks into 15 turnovers and holding them to only 46 points in the paint. Meanwhile, the Bulls’ “Big 3” used their efficient scoring to make the most of their tough defensive effort, gaining a lead as large as 18 at one point.

The entire performance represented almost everything that made this Bulls team great at the beginning of the season, and it should give us some real hope heading back into Chicago this weekend.

I mean, can you imagine how insane that United Center crowd is going to be after a win like that? Not to mention, it’s the first home playoff game in five years AND against the reigning champions who also happen to be the rivals up north. Dear lord. Chicago might register an earthquake that night! 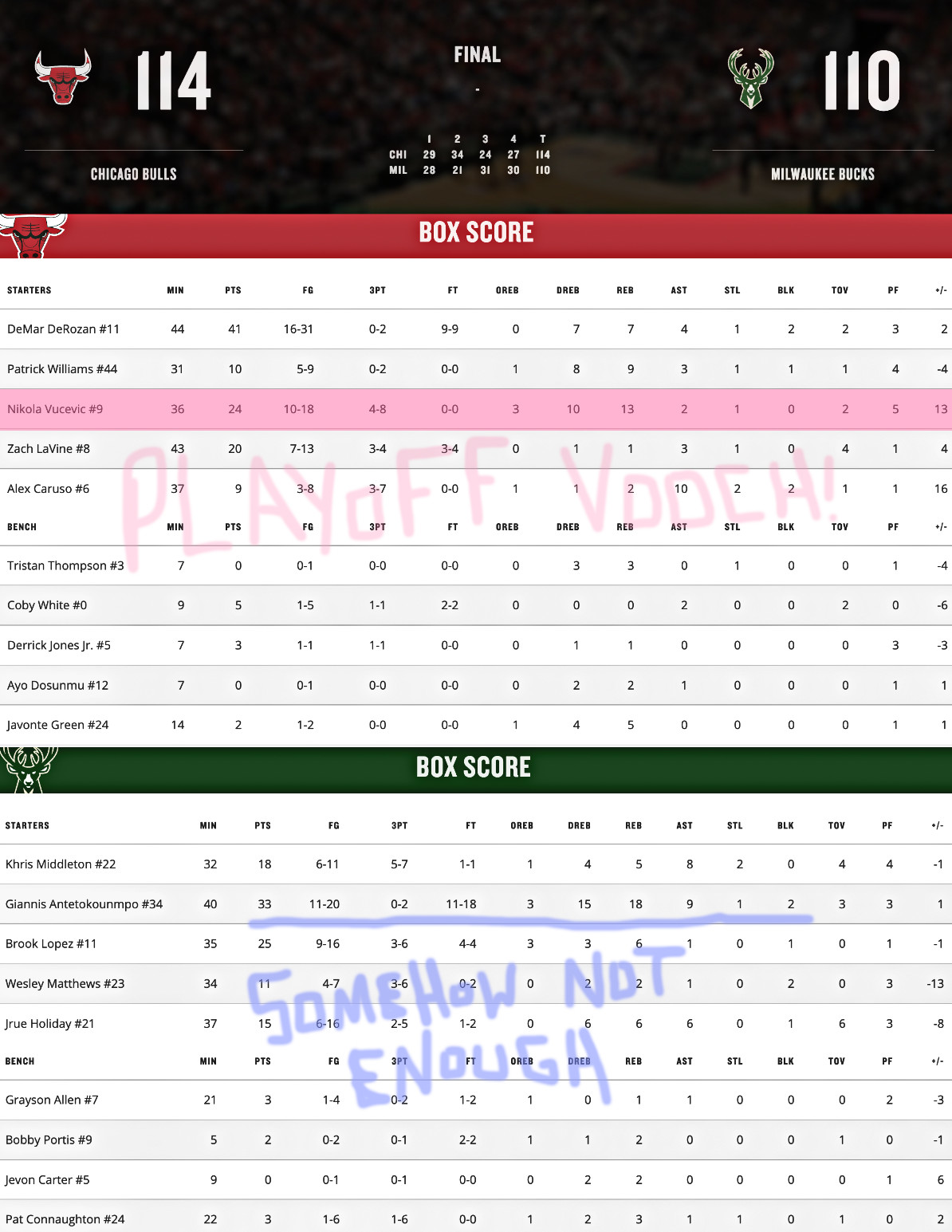