As Alex Caruso said in the locker room after Game 2: “They automatically have the advantage right now. Human nature effect. We win, they lose, they’re going to be the hungrier team just naturally, right?”

Right. 100 percent right, as that was the “largest margin of defeat in a home playoff loss in franchise history.”

Caruso followed up those words by reminding his team to walk into the first playoff contest in five years at the United Center with the same mentality they had in Milwaukee. Unfortunately, it appeared they, uh, did not.

The defense looked a step slow from the very beginning, and the offense stalled about midway through the first quarter. Milwaukee deserves all the credit in the world for its ability to cut off the Bulls’ dribble penetration and keep them from getting to the free throw line. But the Bulls also shanked several 3-pointers and settled for far too many contested jumpers.

I don’t have much else to say about this one. You saw the score, and you’ll see the box score below. It was practically over before it started, and the reigning champions were simply too motivated to let the Bulls sneak their way back into it. I think it goes to show that even without Khris Middleton, the Bulls remain underdogs for a reason. All we can do now is hope this slap back to reality brings back the Bulls we saw in Milwaukee.

The Bulls trail by 31 points, their largest deficit through the first 3 quarters of a playoff game in franchise history. pic.twitter.com/ShGQTLMPVy

We waited five years for that … 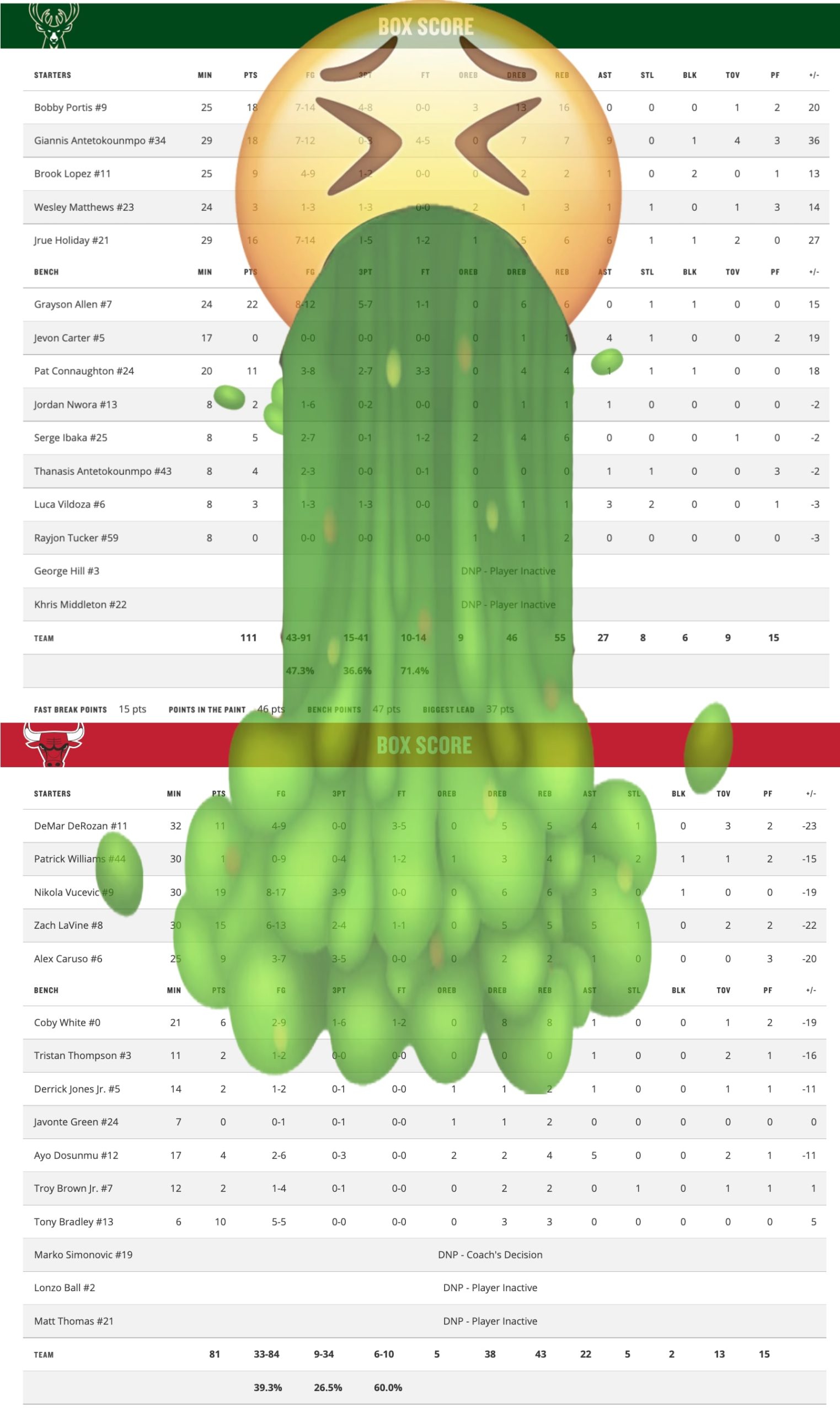