At least we’ll always have Game 2.

I don’t think it comes as any kind of surprise, but the Chicago Bulls just aren’t ready to compete with this caliber of team. They currently look like a squad that can trust four players on the roster total, and those four players look like they used up most of their energy over the first two games of the series.

Indeed, for me, the story starts with the Bulls’ lack of reliable and experienced role players. When Giannis Antetokounmpo stepped off the court in the first half – which are minutes the Bulls simply have to win – they found themselves a -7. A big reason for that was the sloppy mistakes and timidness of the team’s bench. Derrick Jones Jr., Coby White, Ayo Dosunmu, and Tristan Thompson combined for just 5 points and 7 turnovers over the first two quarters. Thompson – brought to Chicago largely for his veteran presence at the center position – committed three of those turnovers with two offensive fouls.

Meanwhile, the most hated man in Milwaukee, Grayson Allen, dropped 16 of his 27 points off the bench in the first half. Watching him and a couple of other bench bros knock down wide-open kick-outs only made the Bulls’ lack of shooting more poignant, and I have to imagine the front office took notice with the offseason on the horizon.

Patrick Williams was able to give the role players some life with his improved performance after an 0-3 start. He shot 7-13 from the field and grabbed 10 rebounds. His hesitant ways were quickly replaced with a much more assertive effort behind the arc, as he sank 3 of 6 shots from downtown. All things considered, that performance should be looked at as a positive. The best thing for young players to get is playoff experience, and Williams will be better off with a performance like this under his belt.

The Bucks are the reigning champions for a reason, and this is exactly why we talked about how the absence of Khris Middleton would not revoke the Bulls’ underdog status. Now, with that said, the Bulls’ inability to show a more competitive effort at home is hard to stomach. And I think it reiterates just how much work this front office has in front of them this summer.

Sure, I do think this playoff experience will be valuable for the group as a whole moving forward, but can you really continue to get by without more reliable shooting? What about more established rim protection or size in the frontcourt? We’re seeing the weaknesses on full display against a team that will be one of the East’s most formidable squads the next several seasons, and we can only hope that leads to the proper roster improvements.

Anyway, I’m starting to spiral. These are all things we can talk about once the playoff run officially comes to an end, which looks like it’ll be a lot sooner than the Bulls would like at this rate. More tomorrow. Try to enjoy your Sunday. 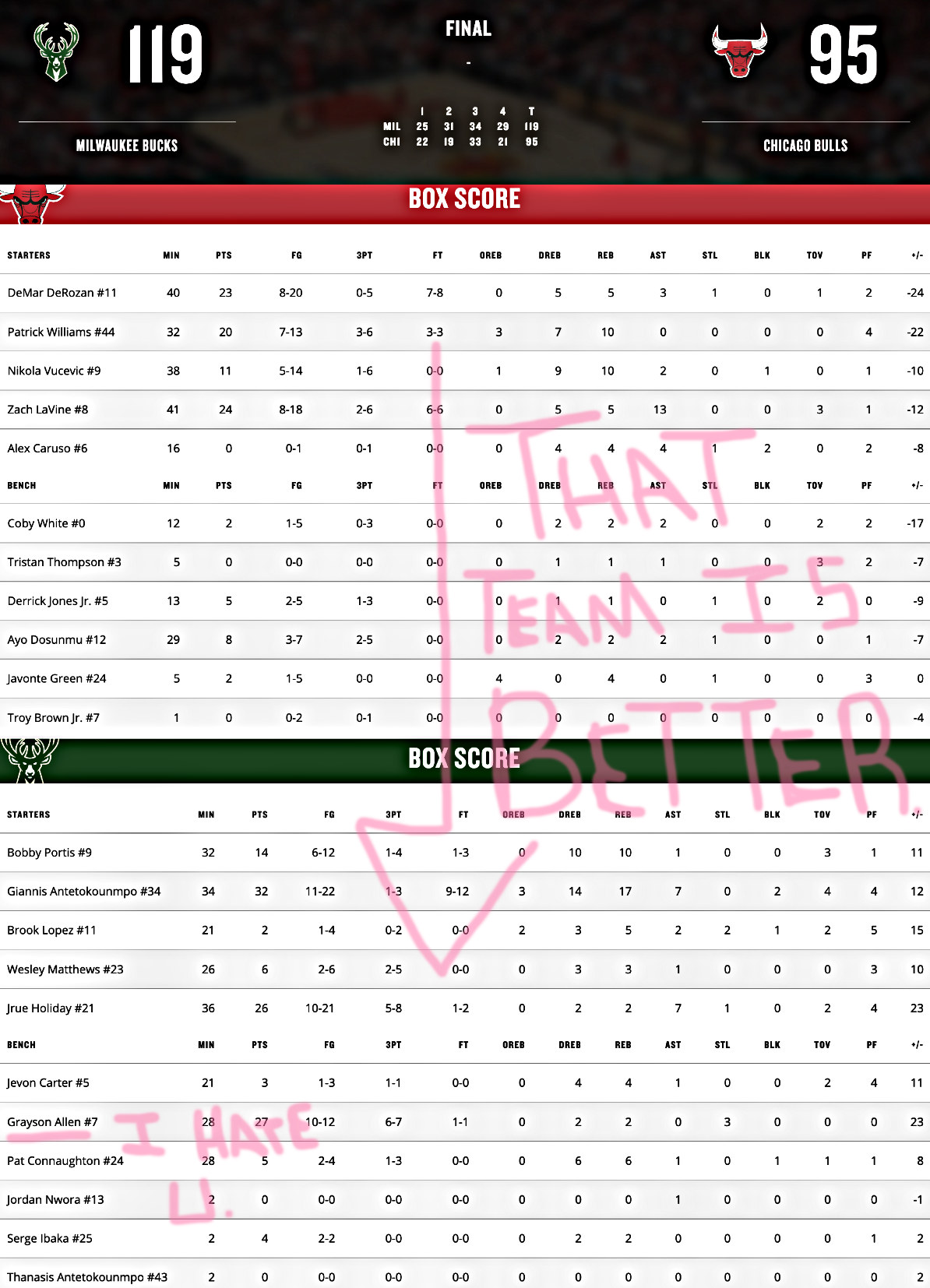