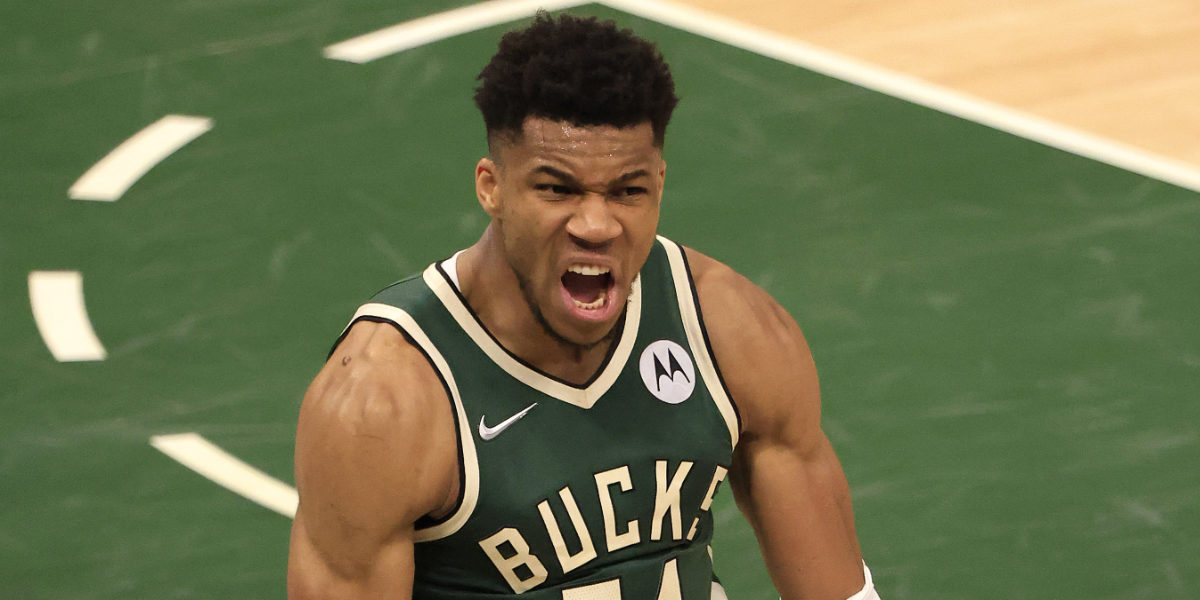 The conference semifinals are underway, and the road teams in action on Sunday came away with a pair of huge victories.

Klay Thompson drilled a three-pointer with 36 seconds to go to put the Warriors up by one, and despite Ja Morant having a look at a game-winning layup in the closing seconds, the Warriors held on.

THE WARRIORS HANG ON TO TAKE GAME 1 ‼️ pic.twitter.com/8pCNdaRuSF

The Warriors played just good enough to knock off Memphis in Game 1, and Steve Kerr’s bench was almost non-existent outside of Jordan Poole, who scored 31 points in 38 minutes of action. No one else on the Golden State bench cracked double-digits.

Stephen Curry scored 24 points on a down shooting afternoon (8-20, 5-12), and Klay Thompson added 15 points while struggling most of the game (6-19, 3-10). With Steph and Klay having off-shooting games (by their standards), the bench being almost non-existent, and Green watching the second half in the locker room, the Grizzlies let a golden opportunity to take an early lead in the series slip away from them.

Dropping a very winnable game on their home floor on Sunday might come back to haunt the Grizzlies in this series. It seriously shouldn’t be underscored how big of a momentum builder that victory could prove to be for the Warriors.

Ja Morant led all scorers with 34 points while adding 10 assists and nine rebounds for Memphis. Jaren Jackson poured in 33 points and snagged 10 rebounds, but the Grizzlies received untimely down performances by Desmond Bane and Dillon Brooks. Bane scored nine points on 3-10 shooting (1-5 from 3PT), while Brooks scored eight points on 3-13 shooting (2-8 from 3PT).

The Boston Celtics steam-rolled the Brooklyn Nets in an opening-round sweep in the first round, but the Milwaukee Bucks and their defense were going to present a whole new challenge for the Celtics, and they found that out on Sunday afternoon. Milwaukee held the Celtics to just 89 points on 34 percent shooting after Boston averaged 113.5 points and shot 49 percent in four games with Brooklyn.

Jayson Tatum averaged nearly 30 points per contest in the Brooklyn series on a sizzling 42 percent from range, but the Bucks held him to just 21 points in Game 1. Tatum’s 21 led all Boston scorers in the loss to the defending champs.

A triple-double from Giannis (24 PTS, 13 REB, 12 AST) & 25 PTS from Jrue Holiday gets the Bucks out to an early series lead! pic.twitter.com/EwVDCIZSod

Giannis Antetokounmpo operated easily on Sunday as he logged a triple-double (24 points, 13 rebounds, 12 assists) in the winning effort. Jrue Holiday led all scorers with 25 points and added nine rebounds and five assists as the Bucks rolled to an easy Game 1 victory in Boston.

To be sure, the Celtics’ sweep of the Nets wasn’t an aberration. Boston was one of the best teams in the NBA during the second half of the season on both sides of the ball, but they simply weren’t ready for Antetokounmpo and the Bucks this weekend. They’ll have to recalibrate things and hope to split the first two games in Boston because heading to Milwaukee in an 0-2 hole might be a death sentence.