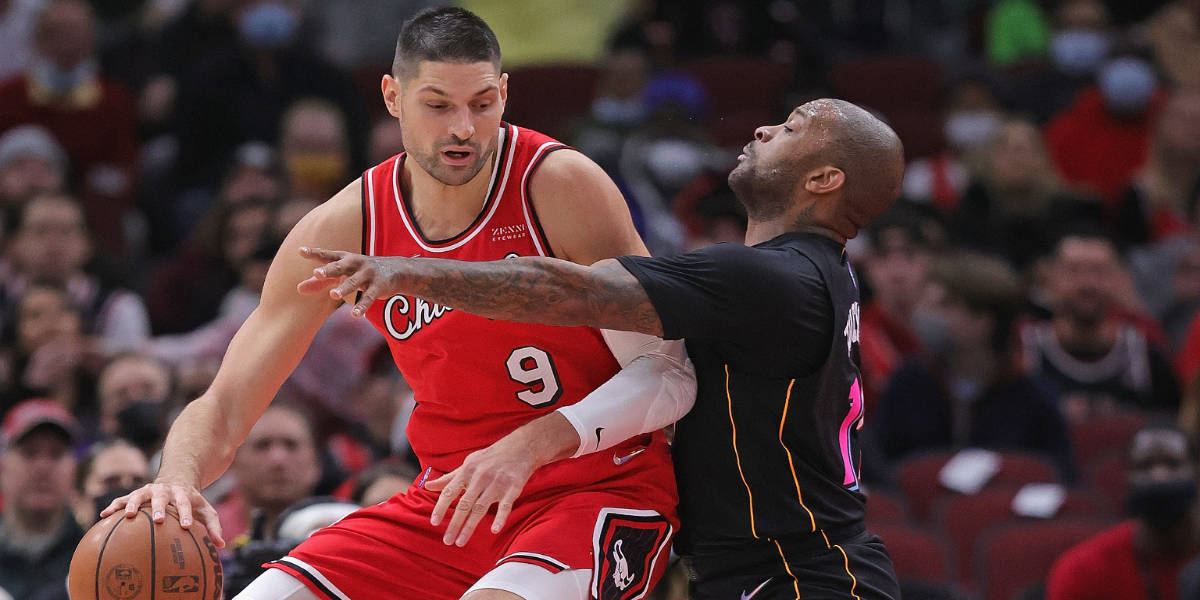 I have thoughts on Nikola Vucevic. Plenty of them. But considering we have a long offseason ahead of us, I think we’re probably best served to spread those thoughts out over the course of this offseason. After all, there is a handful of angles from which to attack his most recent season, including the one I want to briefly mention in this post.

As topsy-turvy as Vucevic’s first full season in Chicago turned out to be, he provided something almost no one else on the roster could. And head coach Billy Donovan made sure to acknowledge that during his end-of-season press conference.

“One thing I really really respected about Vooch this year was his availability,” Donovan said. “I don’t think anyone ever talked about that. And even DeMar. Both those guys availability was pretty incredible considering what we went through, so player availability is really important.”

Donovan spoke those words after he was asked what needs the organization could look to address this offseason. The answer clearly highlights just how significant he views the ability to stay on the floor, and Arturas Karnisovas only echoed that sentiment.

“He was one of our most durable players,” Karnisovas told reporters. “I think if you think about the rotations – guards going in and out and wings going in and out – I think he would have been the hardest guy to replace, but he stayed available. He’s been a vital part of what we’ve run on offense. All year long, just being available, he’s been great for us.”

I know praising durability can sound like a way to avoid talking about the big man’s shortcomings, but I genuinely think it’s an important point. The fact of the matter is that Vucevic was one of the team’s most consistent players this season. Sure, he may have taken a step back in terms of what he and we are used to, but he still averaged a double-double and always presented a matchup the opposing defense had to have near the top of the scouting report.

Vucevic has now played at least 70 games in three of the past four seasons. He also appeared in 62 of 73 regular-season games during the shortened bubble year of 2019-20. So the big man has not only been one of the better centers in the NBA in recent years, but he’s also been one of the most dependable. Head coaches and front offices care about that stuff. No, is it reason alone to hand him an extension or let him dictate decision-making. But it’s nice to know a player as essential as Vucevic tends to stay in the lineup, particularly if he can bounce back and perform closer to the way he did in previous seasons.

I also think the fact that Vucevic was the lone constant among an ever-changing lineup only further illustrates why his year could have been so up and down. Having to adjust to so many different looks can’t be easy, especially for a big man who relies so heavily on his teammates to (1) make defending easier and (2) get him the ball in positions to succeed. But, again, diving into those details is something we can do in an entirely different conversation. I just think Vucevic deserves some extra love for his ability to play 73 games this season, and I’m glad he got that from his head coach and front office leader.