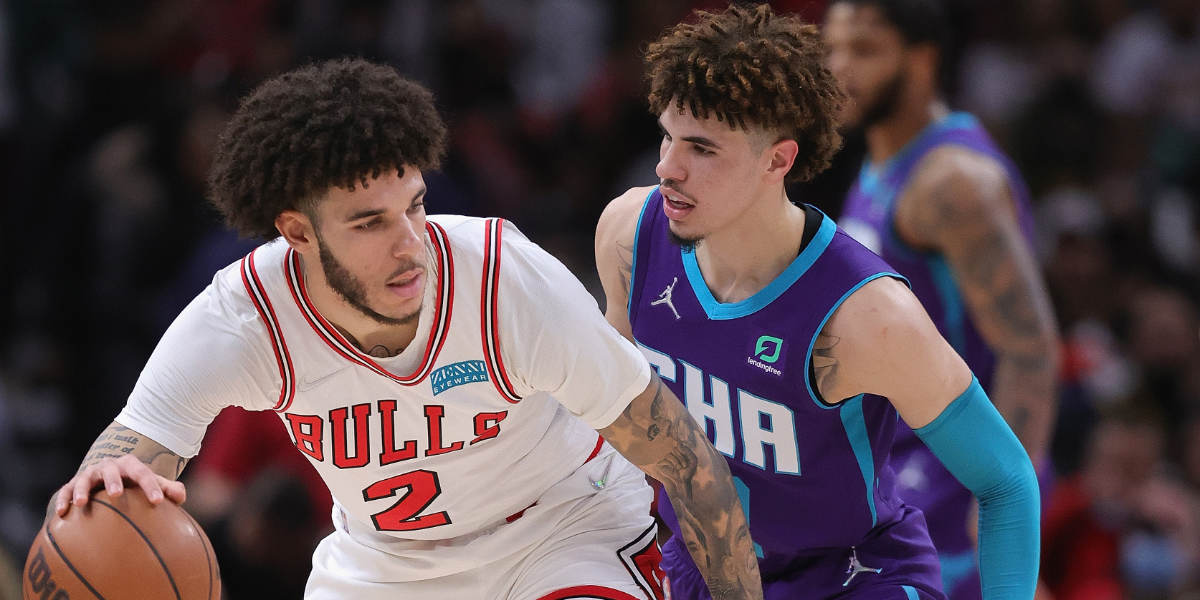 The upcoming forecast suggests that spring has finally sprung here in the midwest. I celebrated by cracking open the balcony screen door to welcome in that beautiful, crisp morning air.

Then … I proceeded to instantly become a puddle of mucus and tears. Thanks for nothing, allergies!

•   ESPN’s Adrian Wojnarowski has reported that Nikola Jokic will be named the 2021-22 NBA MVP later this week. While my itchy and watery eyes might make it appear as if I disagree with this decision, I’m actually 100 percent on board.

Denver Nuggets center Nikola Jokic has been voted the NBA’s Most Valuable Player for a second consecutive season, sources tell ESPN. A formal announcement is expected this week.

•   Joel Embiid made a very strong push for the honor toward the end of the year, but the fact of the matter is that no one had as much individual responsibility (and success with that responsibility) as Jokic. The Denver Nuggets were without Jamal Murray the entire season and Michael Porter Jr. played just nine games. With an average of 27.1 points, 13.8 rebounds, and 7.9 assists on 58.3 percent shooting from the field, Jokic single-handedly led his squad to a 48-34 record and a top-6 finish. Both Embiid and Giannis Antetokounmpo deserve a massive round of applause, but I believe Jokic defined the term “Most Valuable” this season.

•   This would usually be the part in bullets where I spin the news into a debate about who the Chicago Bulls’ MVP would be, but the answer couldn’t be more obvious. DeMar DeRozan had arguably the best season of his 13-year-long career with a career-high 27.9 points per game to go along with 5.2 rebounds and 4.9 assists. He shot 50.4 percent from the field and a career-high 35.2 percent from downtown. His 7.8 trips to the free-throw line per game were also his most since the 2016-17 season.

•  While a couple of other players were able to supply a similarly consistent scoring burst to DeRozan, practically no one did it in the same dominant way he did. DeRozan shot a league-high 9.8 attempts from the midrange per game, according to NBA Stats, and he converted those shots at an outrageous 47.0 percent rate. Out of players who shot at least 6.0 midrange attempts a night, only Durant (who averaged 7.4 FGAs and played 21 fewer games) shot better. The fact DeRozan was able to use an area of the floor that most view as non-desirable to score the second-most total points in the NBA is downright special.

•   We shouldn’t forget to also praise DeRozan’s durability this season. In a year plagued with injury trouble, DeRozan managed to appear in 76 games – only missing consecutive contests in December due to a stint in Health and Safety Protocols. While I’m not sure we can necessarily bank on this same availability as he gets older, there is no question he takes extremely good care of his body. And the same can surely be said about big man Nikola Vucevic, who played the third-most games on the team this season:

•   Forget most valuable: Who do we think turned out to be the Bulls’ most underrated player this season? If we’re being completely honest, Vucevic could easily take home the award. Expectations for the big man were so high that I believe we failed to consider that he still managed to perform like one of the better centers in the Eastern Conference. Take away his 17.6 points and 11.0 rebounds per game, and the Bulls are undoubtedly in a lot more trouble as the year drags on. We also can’t forget how valuable his interior playmaking skills (dished 7th-most total assists among centers) and screen-setting responsibilities (averaged 4th-most screen assists per game, per NBA Stats) turned out to be for this offense.

•   But, fine, if he’s still too frustrating of choice for you, Lonzo Ball is waiting patiently on deck. We all learned just how much Ball meant to this unit as the wheels exploded into a million little pieces during the second half of the season. I always assumed he would be a great fit on this roster, but I don’t think I truly realized just how significant of a workload he would have to carry. From being the team’s go-to catch-and-shoot threat to being a borderline All-Defensive Team member, he was easily the roster’s best two-way talent when healthy. He also technically improved this season across the board. Ball shot a career-high from both the field and from 3, he averaged a career-high in steals, and he was on pace to significantly surpass his career-high in blocks. Ball was starting to look more and more like the versatile point guard we all expected coming out of the draft a handful of years back, and one can only hope he can pick up where he left off next season.

•   When I see good draft content, I shall share that content. The Bulls may be outside of the lottery, but I’d take a look at some of the names toward the tail-end of this mock draft below. You never know if one of those names could drop.

We're publishing a new lottery mock draft every day this week, with a different lottery winner each time after a @tankathon sim.

Monday: The Knicks get the first pick https://t.co/xbNlVidvvY

•   The Kings did something smart!?

•   Nikola Vucevic watching F1 with his kids is the wholesome offseason content I need.

The Islanders Just Fired Head Coach Barry Trotz … So the Blackhawks Need to Pick Up the Phonehttps://t.co/esuN3fDLfQ pic.twitter.com/OKeMZbGya3