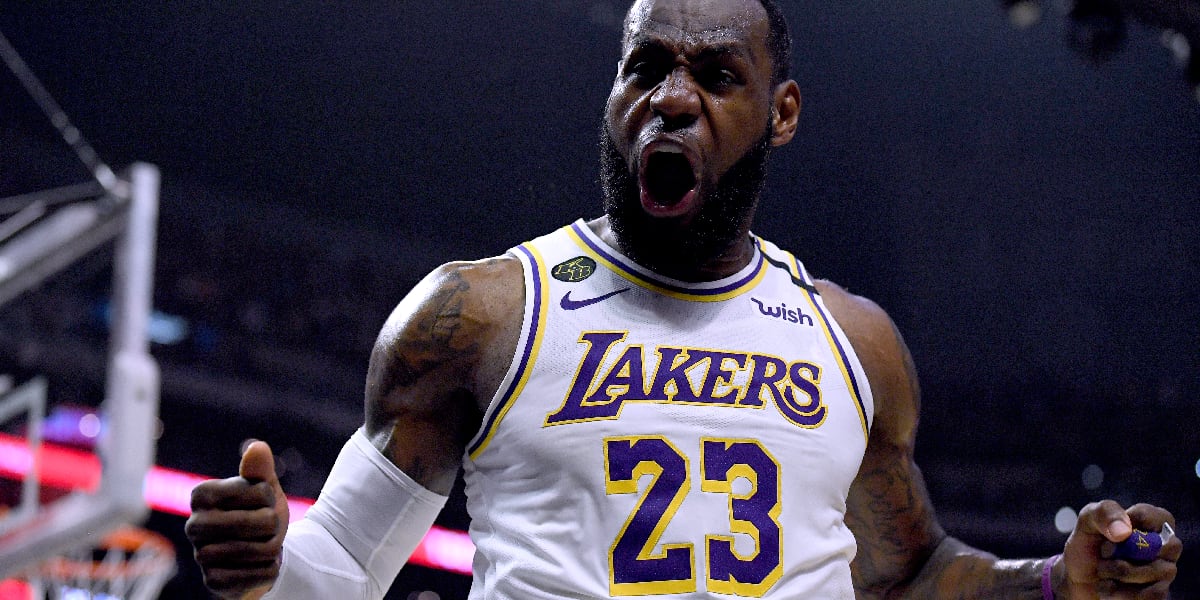 While likely sitting on a beach and sipping some red wine, LeBron James held an impromptu Q&A on his Twitter Monday night. Flooded with thousands of questions, James responded to a fun one presented by the account Timeless Sports, which simply asked which four players he would pick for an all-time dunk contest.

Look, no one can deny that would be a bonkers dunk contest that would surely have me in cardiac arrest by the end of it … but no MJ!? Is this a petty GOAT thing!?

I mean, let’s be real here, LeBron never even competed in a dunk contest! I’m not sure you’re allowed to throw yourself into an all-time show if you’ve refused to ever step into that spotlight. And, if we’re being honest, are we sure James would even put together all that grand of a dunk contest effort if he were in it?

No one is denying his wicked athleticism, but I’ve always thought of him more as a physical beast as opposed to a finesse artist. His best jams have oftentimes come on posters or ferocious rim rocks. And I’m not just trying to throw shade here! The guy is a masterful in-game dunker with years of incredible highlights. But I’m curious if this would have translated into an all-time dunk contest performance. Maybe the original Cavs LeBron would have pulled it off.

On a completely separate note: I would like Mr. James to keep Zach LaVine’s name out of his mouth (off his keyboard?) until that man puts pen to paper with the Chicago Bulls. You already got him as a Klutch client, bro, I don’t want any other dialogue to start between you two. He’s mine! Stay away!

If you’re craving more unnecessary and stupid discussion on this topic (it’s the offseason folks, bear with me!), here: