Staying Alive in the East, Should the Season be Shorter? Porter's Free Agency, and Other Bulls Bullets
Search
Skip to content 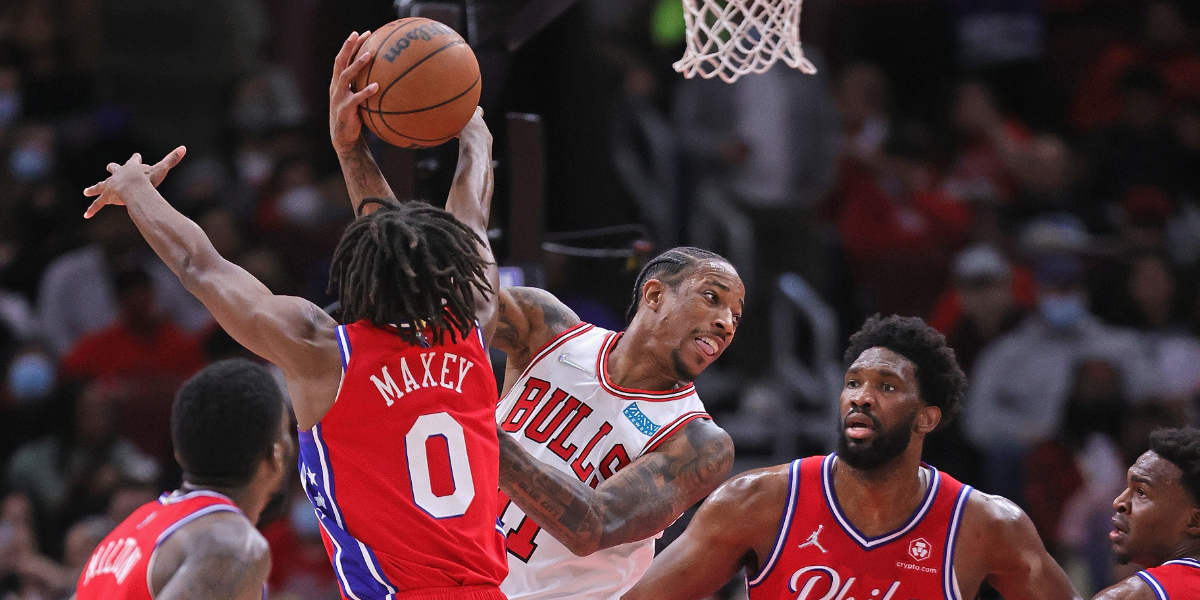 This is simply an observation with no broader meaning: I find it funny that among the top-3 finishers in either conference this regular season, Boston was the only one the Bulls beat at least once.

•   I mentioned in a previous set of bullets that the East is set up to be pretty wide-open in the coming seasons. While I think Giannis Antetokounmpo will remain near the top, I wouldn’t at all be surprised to see the fight for the remaining spots on the totem pole become a ferocious blood bath. There is just a ton of talent on this side of the league, so much so that I feel the East is on the brink of finally surpassing the West in terms of sheer competitiveness for the first time in a long time. The Celtics are as talented as ever. Miami likely isn’t going anywhere. The 76ers still have Embiid. The Nets have Durant and a high-upside wild card in Simmons. The Raptors have Siakam and Barnes. The Hawks have NBA-leading-scorer Trae Young. The Hornets have LaMelo Ball. And we can even say the freakin’ Cavs and Pistons are on the rise with Mobley and Cunningham!

•  In one way, I think this is great news for the Bulls. Not only should the “it’s anyone’s game” nature of the conference keep the front office hungry to improve, but the more level the playing field, the more chances the cards might fall in the Bulls’ favor. With that said, there is also an annoying flip side. More teams in the mix give an organization more teams to worry about. And, when this is the case, the margin for error becomes even smaller.

•  I’d say this is concerning news for a team that proved to be extremely rough around the edges as this season went on. We saw how fragile the Bulls’ style of play could be in the face of injury trouble. We also saw how weak their depth truly was when the intensity went up a level in the playoffs. So, yes, while the Bulls could find themselves in a position to (once again) rise to the top of the conference, they could also find themselves quickly pushed toward the bottom. This fact makes every offseason – especially the one following the first winning campaign in five years – painfully important. If AKME can’t make the right moves this summer, he could find himself tumbling down the board faster than expected.

Is 82 games too many? 👀 pic.twitter.com/YuUnYBpmkp

•   FWIW: I’ve waffled on this point for the past several years. On one hand, I think injuries are part of the game and are fairly unavoidable. On the other hand, there is no question more rest can help avoid at least some minor bumps and bruises, and fewer games could surely ramp up the importance of the regular season. The Play-In Tournament has helped clean up a lot of the noncompetitive basketball we used to watch during the final few weeks of the regular season, but we still see plenty of superstars take nights off over the course of a full 82-game campaign. Would shortening to 72 games drastically change that, though? If so, I’m open to it, but I’m not sure it will.

•   Safe to say Richard Jefferson is against the idea:

•   I hate that it feels like this Bulls team could really use Otto Porter.

Bulls fans might have forgotten Otto Porter was SO bad during his final injury-filled season with Bulls that he was a throw-in to match money with Carter & 2 1st round picks for Vucevic. Now Porter is in shape & draining 3’s in the Finals. Playing for a winner means everything.

•   The former Bull will head toward unrestricted free agency this summer, and I have to imagine he’ll have plenty of interest after a nice bounceback season with Golden State. Part of me thinks the Bulls could do a lot worse than having him as a 3-and-D option off the bench, but the other part of me can’t get the image of him sitting in street clothes out of my head.

•   Finding someone who can knock down open catch-and-shoot 3s in this draft would be a huge help:

Sources: Former NBA No. 2 pick Michael Beasley is returning to professional basketball and will sign a seven-figure deal with the Shanghai Sharks of the Chinese Basketball Association.

Spencer Carbery has helped the Maple Leafs as an assistant coach. Would he be a good fit as the next head coach of the #Blackhawks? https://t.co/Vw0VhfE1xo