John Wall Reached a Buyout With the Rockets, Already Expected to Sign With the Clippers Skip to content 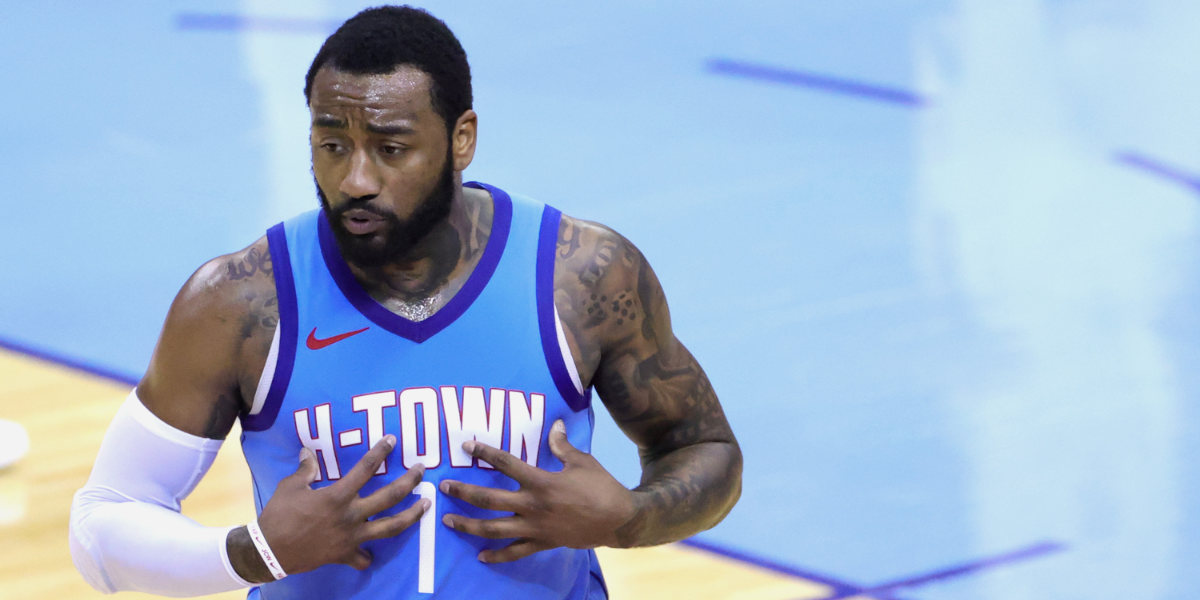 Yahoo Sports’ Chris Haynes was the first to report that five-time All-Star John Wall has officially reached a buyout with the Houston Rockets.

Wall – who found himself traded to the Rockets in exchange for Russell Westbrook two offseasons ago –played just 40 games for the franchise. All of those appearances came during the 2020-21 season before Wall and the Rockets mutually decided would sit out the entirety of the 2021-22 campaign.

Owed a massive $47.4 million this season, ESPN’s Tim MacMahon has shared that Wall’s camp has agreed to give back $6.5 million. This is roughly the same amount as this offseason’s taxpayer mid-level exception, which Wall is expected to sign for when he officially becomes an unrestricted free agent.

Rumors have long attached Wall to the Clippers, and ESPN’s Adrian Wojnarowski wasted no time sharing that Wall does, in fact, plan on signing with the organization in the coming days.

Other teams do reportedly have interest, but the Clippers are the frontrunners.

Wall averaged 20.6 points and 6.9 assists during his 40 games with the Rockets in 2020-21. While it’s hard to imagine him reaching these numbers alongside Kawhi Leonard and Paul George, it was enough to suggest that he had some strong basketball left in the tank. The big question, though, will be whether or not he can stay healthy long enough to take advantage of those skills.

Of course, Wall missed 736 days due to serious injuries that sidelined him from 2018-2020. Now headed toward 32 years old, there are obviously serious questions about whether or not he can manage to stay on the floor consistently. And it also surely feels noteworthy that both Kawhi Leonard and Paul George have struggled with their own injury trouble in recent years. Leonard missed the entirety of the 2021-22 season with an ACL tear, while George was held to just 31 games with an elbow injury.

Now, putting my Bulls cap on, there is one potential domino I could see falling in the Bulls’ favor thanks to this potential Wall signing. If the former All-Star talent does end up eating LA’s mid-level exception, the Clippers would likely be unable to retain big man Isaiah Hartenstein.

The backup seven-footer put together a strong season last year, flashing real potential as a two-way asset. Considering his ability to pass the ball while also protecting the rim on the other end, he feels like a target that could make a lot of sense to back up Nikola Vucevic. We’ll see if his name happens to enter any rumors in the coming days, but I’d keep a close eye on him as free agency is set to open at 5:00 p.m. CT on Thursday.