The Deandre Ayton drama has come to a swift end.

According to multiple reports, the Phoenix Suns have matched the Indiana Pacers’ four-year, $133 million maximum offer sheet for Deandre Ayton. The former No. 1-overall pick will now remain with the organization for the foreseeable future.

The franchise long seemed unwilling to hand the big man a maximum contract. However, Ayton took matters into his own hands to secure the bag, accepting the Pacers’ offer sheet to force the Suns organization to either match the deal or let him walk for nothing. Now that the Suns have indeed matched, they will have no choice but to hold onto Ayton until at least January 15th. Ayton will also have the right to refuse any trade for the next year.

Whether or not Ayton can reconcile with the Suns’ front office will be an interesting case to follow over the next several months. But he might have no choice unless the two sides can agree on a new home midway through the year. If I know one thing for sure, though, it’s that I’m relieved Ayton isn’t headed to the central division.

The Eastern Conference has already improved in several facets this summer, and the Chicago Bulls will now not have to worry about the Pacers – who they play four times per year – adding one of the best young bigs in the league.

The clock is ticking in Phoenix.

Deandre Ayton – the biggest free agent left on the market – has reportedly signed a maximum offer sheet with the Indiana Pacers, per ESPN’s Adrian Wojnarowski. The four-year, $133 million contract is the largest offer sheet ever extended to a restricted free agent, and the Phoenix Suns now have 48 hours to decide if they want to match.

Ayton’s decision puts immense pressure on Phoenix, who is now officially unable to include the former No. 1 overall pick in any sign-and-trade package. The only possible outcome is for the organization to either match the contract and keep Ayton or lose him for nothing in return.

The latter would feel like a significant failure by the front office, as there is no question the 23-year-old center has the potential to turn into one of the NBA’s top big men. Matching the offer sheet, however, would go against everything the organization has previously suggested by letting Ayton hit the market in the first place.

Of course, tied up in all of this is the lingering Kevin Durant situation. Ayton felt like a potentially important asset to use in a package for the Nets’ superstar – whether it be in a direct deal between the two squads or a three-team package. But, again, Ayton’s decision to put pen to paper has now officially taken him out of sign-and-trade conversations. The Suns also would not be able to trade Ayton after matching the contract until at least mid-January.

I also wouldn’t be doing my job if I didn’t mention that an Ayton acquisition for Indiana would only add more competition in the Eastern Conference. While the Pacers may still not project to be a very good team in 2022-23, we’re still talking about a franchise that would have young pieces like Tyrese Haliburton, Chris Durate, recent No. 6-overall pick Bennedict Mathurin, and Ayton to build around. Even if that team takes a couple of years to enter the playoff mix, they would be anything but an easy division foe for the Chicago Bulls to face four times a year.

I guess I should get ahead of myself yet, though. The Suns still have an opportunity to swallow their pride and keep the high-upside Ayton in town, so we’ll see what happens over the next two days.

This does leave the door open for a last-second sign-and-trade opportunity, but I can’t imagine that would be with the Pacers. Why would the organization give up any additional assets when they could simply sign Ayton outright.

The only way I see a sign-and-trade getting done is if a separate team finally comes in to grab Ayton (but, remember, the Suns AND Ayton would have to agree to this).

According to Wojnarowski, the Suns are currently expected the match the Ayton contract. Considering they have previously shown zero interest in continuing to build around the big man as a max talent, this would be quite the surprising ending (for now). 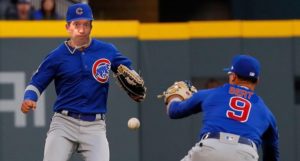 Another Team Reportedly in on Ian Happ? The Dodgers (UPDATE: They’ve “Engaged”) 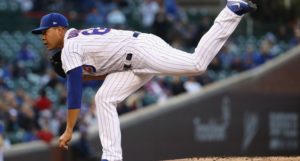 Negotiations on Juan Soto Are “Reaching a Critical Point” (UPDATE)