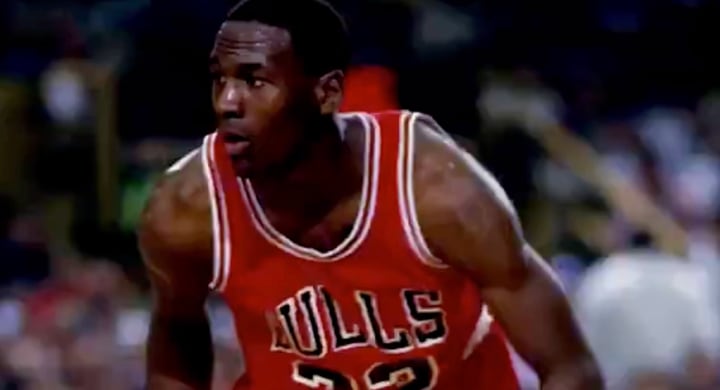 Have you ever looked at those measly stacks of $100,000 sitting on your nightstand and thought, “what should I buy with that?” Well, I’ve got an idea for you!

A pair of tickets from Michael Jordan’s NBA debut against the Washington Bullets on October 26, 1984, is about to hit the auction block. According to auction site Bonhams (h/t Bleacher Report), the tickets are expected to sell somewhere between $200,000 to $300,000

These red and black tickets, in particular, are said to be especially rare. Handed out only at the stadium through the box offices, they feature the silhouette of the iconic Chicago Stadium and the Bulls logo. Bonhams also notes that a previous red and black ticket sold for $468,000 back in February of this year, but the difference was that it happened to be the only unused ticket from Jordan’s debut ever discovered.

This most recent pair of tickets comes to auction just a week or so after Michael Jordan’s jersey from Game 1 of the 1998 NBA Finals sold for $10.091 million. The price was the largest ever recorded for a piece of sports memorabilia (which does not include sports cards). All things considered, that number makes the price for these tickets feel like nothing, but the two auctions still go to show just how coveted GOAT collectibles continue to be.

Anyway, if anyone here ends up buying them, let me know. I’d love to hold them … and then quickly run away as fast as I can.