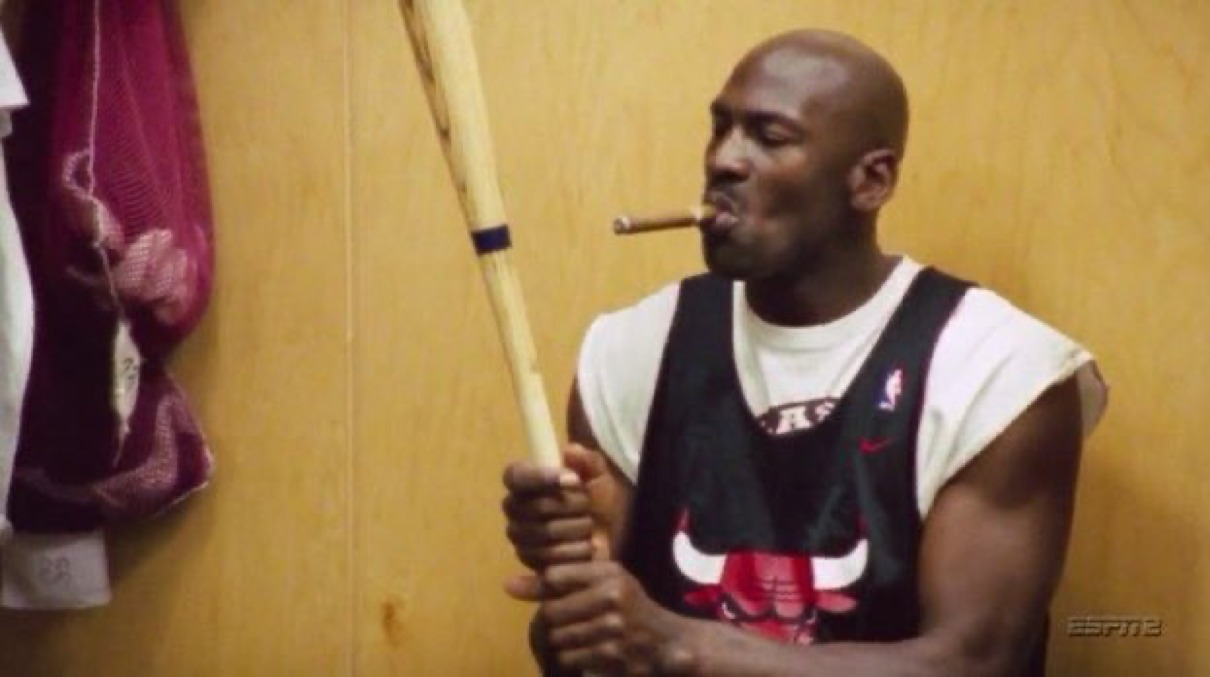 Another NBA season is just around the corner. Most teams will report for Media Day and training camp next week, while preseason action will tip off the first week of October.

For the Chicago Bulls, there will be no lack of storylines as they try to build back momentum after a dismal end to the 2021-22 campaign. With that being the case, I thought we should address some of those key things to watch in one of the most Bulls ways possible.

I present to you … Training camp storylines as told by The Last Dance!

“Clyde [Drexler] was a threat. I’m not saying he wasn’t a threat. But me being compared to him, I took offense to that.” – Michael Jordan

When Michael Jordan heard himself compared to Clyde Drexler ahead of the 1991-92 NBA Finals, he used it as fuel. The Chicago Bulls may not be on the brink of such success, but they could inch that much closer if they collectively begin to inherit the mentality Jordan expresses above.

To be clear, nobody approached the game like Jordan did and nobody will ever again. But his ability to seek out the doubt and turn it into a chip on his shoulder should be easy enough for this Bulls team to replicate, particularly after such a quiet offseason. The organization’s lack of aggressiveness has turned many against what they have brewing for this season. Instead, praise has fallen into the laps of squads like the Cavaliers and Hawks, who added big-name talent and are now projected to leapfrog the Bulls in the standings.

Whether it be ESPN’s power rankings or the sportsbooks’ over/under win totals, there is plenty of material for head coach Billy Donovan to throw on the bulletin board when training camp opens up. And every player on the Bulls’ roster should take offense.

Arguably the most famous moment in The Last Dance documentary series came when an emotional Jordan addressed his combative on-court reputation. Before ending in tears, he started his speech by stressing that winning comes with a price, which I want to more literally connect to the Zach LaVine situation.

To ensure the Bulls have an All-Star to build a winning product around, they paid top dollar to keep LaVine in town. With that comes new massive expectations for the 27-year-old guard. Not only will he have to help this team win games at a high level, but he will also have to act as the leader for years to come.

Being the leader means getting the most out of your teammates. It also means setting the tone on both ends of the floor. The Bulls paid LaVine in hopes that he can do both and proving he can will begin the second training camp tips off.

How Jordan spoke to Larry Bird is the same way I imagine Lonzo Ball speaks to his left knee.

The Bulls’ starting point guard has yet to fully recover from a mid-January knee surgery. Initially expected to sit on the sideline for four-to-six weeks, Ball has reportedly continued to experience discomfort when he tries to ramp up basketball activities. Things have been so bad that the Bulls just recently announced a second surgery to help clean things up, which will sideline him again for four-to-six weeks.

We learned last season that there is absolutely no replacing the two-way impact Ball brings to the floor. But the Bulls will still have to use the next couple of weeks to find some kind of short-term solution. Will they want a sophomore Ayo Dosunmu leading the charge? What about veteran free-agent signing Goran Dragic? Coby White is at least somewhat familiar with playing starting point guard, would they really give him a shot? Or will Alex Caruso get the nod simply due to his elite defense?

While Ball sits on the bench and curses out his knee, the Bulls will be hard at work trying to find answers.

“I met the criteria to be selected, but I wasn’t.” – Isiah Tomas

Speaking of Coby White, he could soon be on the outside looking in when it comes to a role on this Bulls team.

As much as this organization can use his streaky 3-point shooting, they have plenty of depth at the guard position and can’t necessarily afford his subpar defense or wonky efficiency. They have seemingly made it known through trade rumors galore that they are willing to move on from the last remaining GarPax draft pick on the roster. Not to mention, he now meets the criteria for an extension before hitting restricted free agency next summer, but it seems as if those talks have yet to gain any traction.

So, yeah, it’s now or never for the sparkplug scorer to show the front office he’s part of the future plan.

“Dennis Rodman was the f**k-up person. He just f**ks everything up.” – Gary Payton

When Gary Payton spoke about Dennis Rodman, he gave him an all-time compliment. Rodman was the “f**k-up person” in the best way possible, wreaking havoc on the glass and on defense. He didn’t need the ball to make his presence felt on a nightly basis, and this is the exact skillset Patrick Williams needs to embrace.

Don’t get me wrong, I’m not trying to compare the two or state that Williams shouldn’t be putting points on the board. But the fact of the matter is that LaVine, DeMar DeRozan, and Nikola Vucevic are going to devour a bulk of the offense when they’re on the floor. Williams needs to learn how he can complement their abilities, which will likely be by doing a ton of dirty work.

We’re talking about crashing the glass hard, flying in for the weakside block, guarding the opposing team’s best wing player, and cutting hard to the rim when a lane opens up. Williams doesn’t have to be dropping 20 points a night to start showing signs of the player this front office thinks he can be. He was drafted because of his raw athleticism and two-way potential, and he must begin to show how those things can influence winning on a consistent basis this season.

“It’s one of those incidents where I wish it never happened. But if I had the chance to do it over again, I probably wouldn’t change it.” – Scottie Pippen

I didn’t necessarily agree with Scottie Pippen’s choice to wait on surgery until the season approached, but I’m using the quote anyway to talk about Nikola Vucevic.

The man stunk last year – at least when compared to the player he’s been the past couple of years. His disappearing jump shot really hurt what this Bulls team was trying to do on the offensive end, and they will need the old Vucevic to return if they want any chance at improving on last season’s mark.

With that said, if Vucevic could do last season over again, I wouldn’t expect him to change anything. He’s trying to adapt to a new role as a third banana. Not only has he been used to an entire offense being developed around him, but he’s not at all accustomed to playing with talents like Zach LaVine and DeMar DeRozan. Let’s hope the struggles he experienced throughout last year have helped him grow as a player and can ignite a spark in a contract year.

“It became personal with me.” – Michael Jordan

Nobody thinks DeMar DeRozan can repeat his first season in Chicago (including me), and I have no doubt he’s already filed that away as motivation ahead of training camp.

Oh, and let’s not forget Bleacher Report has already made things personal:

If anyone understands Dennis Rodman’s explanation of rebounding, it would be Andre Drummond.

One of two new faces on the 15-man roster this season, Drummond was signed to be the backup big this Bulls team showed they needed last season. The team finished 17th in REB% and 28th in OREB% as they proved to have practically zero reliable rebounding options outside of Vucevic. Drummond has already cemented his name as one of the league’s premier rebounders, and there is little doubt he’ll help bolster that category this season for Chicago.

Outside of that, though, can Drummond be the defensive presence the Bulls need at the position? What about actually fit into the fast-paced, stretch-the-floor style they like to play? He surely didn’t feel like the most effortless fit when they announced the signing earlier this summer, so I guess we’ll just have to wait and see.