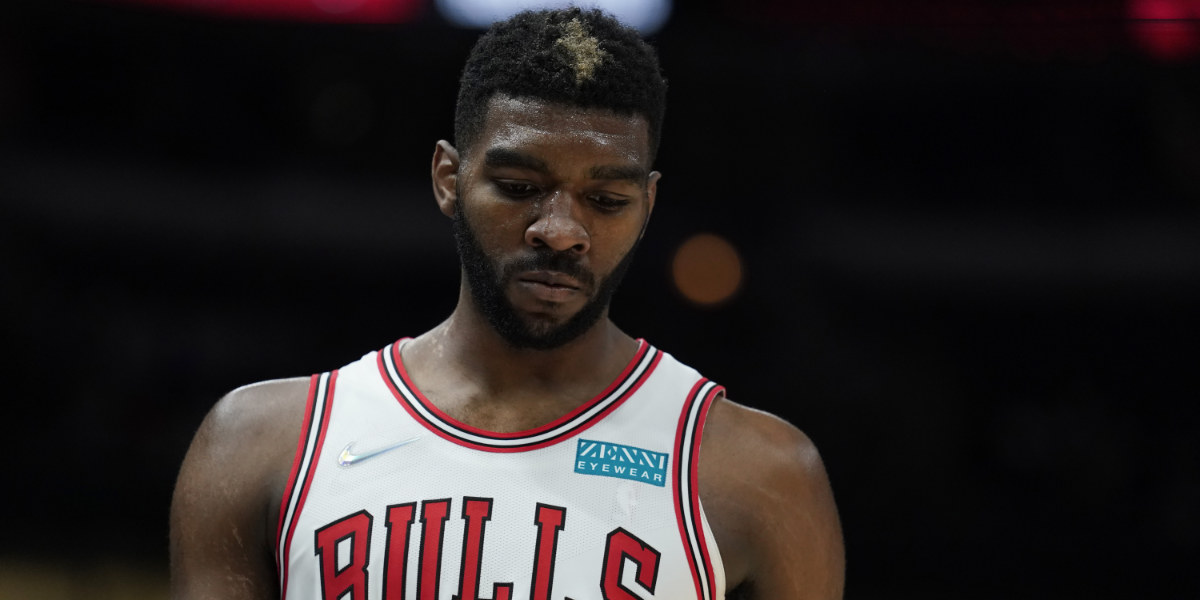 As inconsequential as four preseason games can feel, the Chicago Bulls will need each one to help answer some important questions.

What are those questions? Wow, how convenient of you to ask! I wrote some words on what we should look out for below.

The most obvious question also happens to be the most important.

With Lonzo Ball likely sidelined until 2023, the Chicago Bulls have to find themselves a new starting point guard. Fortunately for head coach Billy Donovan, his options aren’t limited, but can we say the same about what each of those options can bring to the floor?

While Alex Caruso would be the most obvious defensive replacement for Ball, he may not always provide the kind of playmaking and shooting this team wants next to its three stars. As for Goran Dragic, who does have the basketball IQ and 3-point shot that checks a key box, his age and defensive limitations would likely make him most productive in the second unit.

Coby White has also, technically, gained his fair share of experience playing lead guard, but he’s also been one of the team’s most inconsistent players and worst defenders. Not to mention, after a few years of experimentation, White has certainly played his best basketball when used more as a two-guard and catch-and-shoot threat.

We then have second-year guard Ayo Dosunmu, who might very well be in the best position to lock in the starting spot. Not only did he start 40 games on a very similar-looking team last season, but he averaged 10.2 points, 5.4 assists, and 3.6 rebounds in those starts. His facilitating proved to be surprisingly effective, as did his on-ball defense when matched up against some of the league’s more impressive perimeter scorers. While the Bulls would love for him to be a little more aggressive on the offensive end, particularly when it comes to running the pick-and-roll and getting downhill in transition, he has the potential to do just that.

Still, Donovan has yet to name a new starter for a reason, which means swaying him one way or another appears to be on the table over the next four games.

I’ll dedicate a solo post to this at some point in the near future, but the Bulls need to reclaim an identity before it’s too late. We watched the absence of Ball completely alter how this team approached scoring the basketball in the second half of last season. Instead of forcing turnovers and speeding past opponents in transition, DeMar DeRozan and Zach LaVine were forced to migrate back to an isolation-heavy style of play.

The Bulls went from generating the 7th-most fast break points before Ball went on on January 15th to just the 22nd-most. Meanwhile, their Assist Ratio also dropped from 9th in the NBA to 22nd. With how many individually talented offensive players are on this roster, the ball simply can’t stick. But how can they ensure that happens?

Well, practice makes perfect, and it sure sounds like the Bulls have prioritized ball movement early on at training camp.

“Move the ball side-to-side. If we play together and share the ball, it’s going to be so much easier for everybody because we have so many talented guys who can score one-on-one,” Dragic said when asked about what Donovan has preached at practice. “You got DeMar; you got Zach. We know that when the game is going to be on the line, those two guys are going to get the ball. For us, everybody else, we just have to make it easy for them. To open the floor, to have better spacing for them to operate.”

At the end of the day, every team wants to play fast and free. Executing that at a high level, on the other hand, is a completely different story (especially when the roster does have two naturally talented isolation scorers).

Considering they were able to run their offensive game plan at a high-level last season before the injuries emerged, I’ll be patient to see if this tweaked system comes to fruition. But there is no question they need to show signs of life over the next four games.

Ps: Will they be shooting more 3s? While you don’t necessarily want a team with limited downtown threats forcing up threes, this team can’t shoot the league’s fewest attempts per game again this season. Creating more opportunities within the offense is a must.

We shouldn’t see Patrick Williams thinking the game this season. It’s time for his raw athleticism to merge with an increased understanding of how he fits into this Bulls team.

Don’t get me wrong, I understand that he’s still just 21 years old and has years of development ahead. But the front office has made clear that they believe he can be a high-impact contributor to this win-now team. This means showing the two-way ceiling that skyrocketed him up draft boards in 2020 far more often. He needs to become a defensive anchor in the frontcourt to properly complement Nikola Vucevic and a more aggressive offensive player to take pressure off his All-Star teammates.

What he did at the end of last season was undoubtedly a step in the right direction. Even if the Bulls were reeling at the time, Williams looked like a more decisive and relaxed player. He averaged 14.0 points and 5.8 rebounds over his final 11 games of the season (including the playoffs), and this included two 20+ point games in the playoffs. He attacked the basket with confidence, crashed the glass hard, and flew in to add a level of rim protection the Bulls didn’t previously have. The hope now is the Williams we saw then is the Williams we see from now on.

How Much Does Goran Dragic Play?

This is kind of tied to the first question about who’s starting, but I think it warrants its own brief discussion.

Dragic is 36 years old and fresh off a stint at EuroBasket. All signs have pointed toward him feeling fully healthy for the start of the regular season, and I’d bet good money the Bulls would like to keep it that way. With that in mind, I’m extremely curious to see how much they use Dragic over the next couple of weeks.

I’m not only speaking about how many minutes the veteran plays but also how he’s used when out on the floor. Donovan will have to balance taking advantage of Dragic’s savvy shooting and playmaking with not putting too much on his plate too early in the season. Perhaps these preseason contests will give us an idea of how he plans to do just that.

Can Anyone Make it Hard on Billy?

Javonte Green fought his way into the rotation with a surprising preseason and training camp last summer. Can he do it again?

Green will find a way onto the court at times this season, but there is no question his role is a bit up in the air as we head into mid-October. The same can be said about players like Derrick Jones Jr., Dalen Terry, and even Coby White. Preseason can be the perfect time to prove to the coaching staff that your name should be called first if the rotation needs a shake-up at the start of the year.

Who Wants the Two-Way Contract?

Speaking of proving your worth, nobody will care about these preseason games more than Kostas Antetokounmpo, Malcolm Hill, Carlik Jones, and Javon Freeman-Liberty. Only one will emerge victorious with the team’s final two-way contract, and these preseason contests will likely go a long way toward helping the front office make that decision.

With that said, even for the three players who don’t end up signed, this could be a great opportunity to show other teams around the NBA what they can do.