Did You See the Bulls' Big Comeback win Over Boston Last Night? Skip to content 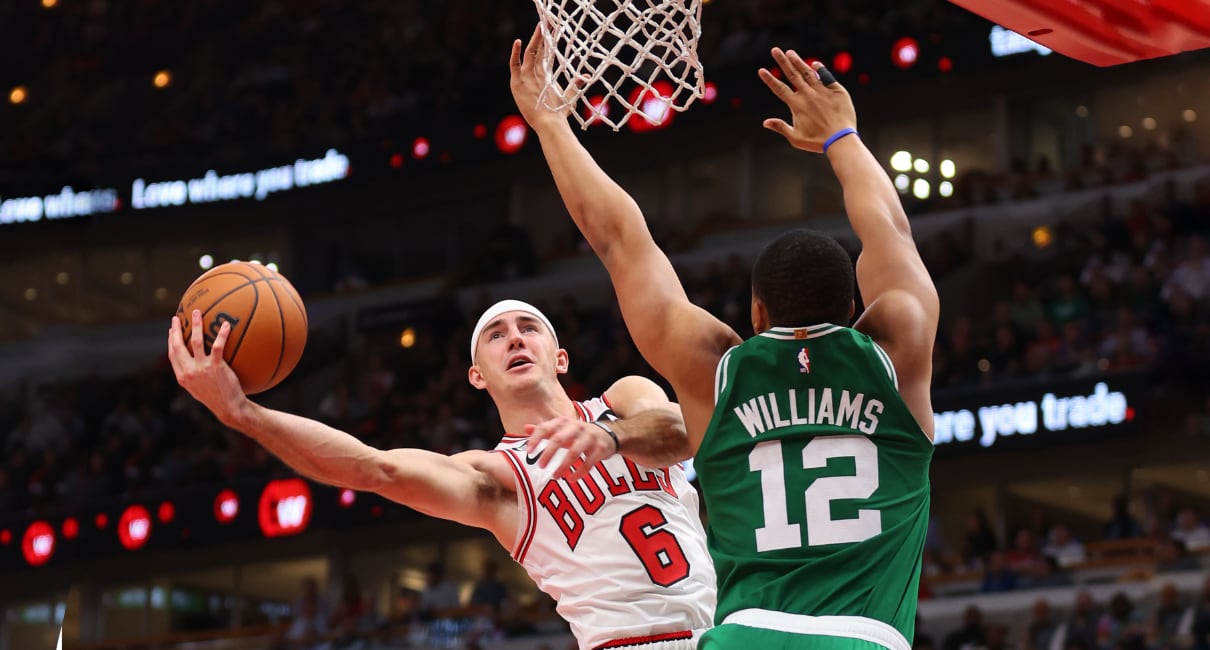 I (Michael) love football season as much as the next guy, but I hate when the Bears play at the same time as the Bulls, even in a cool East Coast double-dip like last night (Bears v. Patriots, Bulls v. Celtics).

At least it worked out well enough:

Those are the combined scores of the games, and as you can tell, Chicago came out on top with a 2-0 performance.

But while Justin Fields and the Bears mostly trampled their way through the Patriots’ defense (with a little help from some poor quarterback play on the other side), the Bulls had to overcome a massive early deficit on the road.

At one point, the Bulls were down as much as 19 with another blowout loss in sight. The first quarter looked about as easy for the Celtics on offense as it did for the Cleveland Cavaliers during the home opener. They started the night 8-9 from downtown and repeatedly took advantage of Chicago’s poor transition defense.

I guess this was the wake-up call the Bulls needed, though, because they dominated from that moment on. Over the next two quarters, they outscored Boston 70-40 behind a dominant effort on both ends of the ball. The second unit ramped up the defensive intensity while both Nikola Vucevic and Andre Drummond cleaned the glass until it sparkled. This helped the Bulls’ offense get into the deadly rhythm we know its capable of, as starters Zach LaVine, DeMar DeRozan, Nikola Vucevic, and Ayo Dosunmu each dropped 18 points or more and combined for 84 points.

All things considered, this was pretty easily the team’s best performance of the year (against the reigning Eastern Conference champs, nonetheless!), so why not start your day by rewatching the highlights?