The Chicago Bulls Just Broke a Franchise Record for Most First Half Points! Skip to content 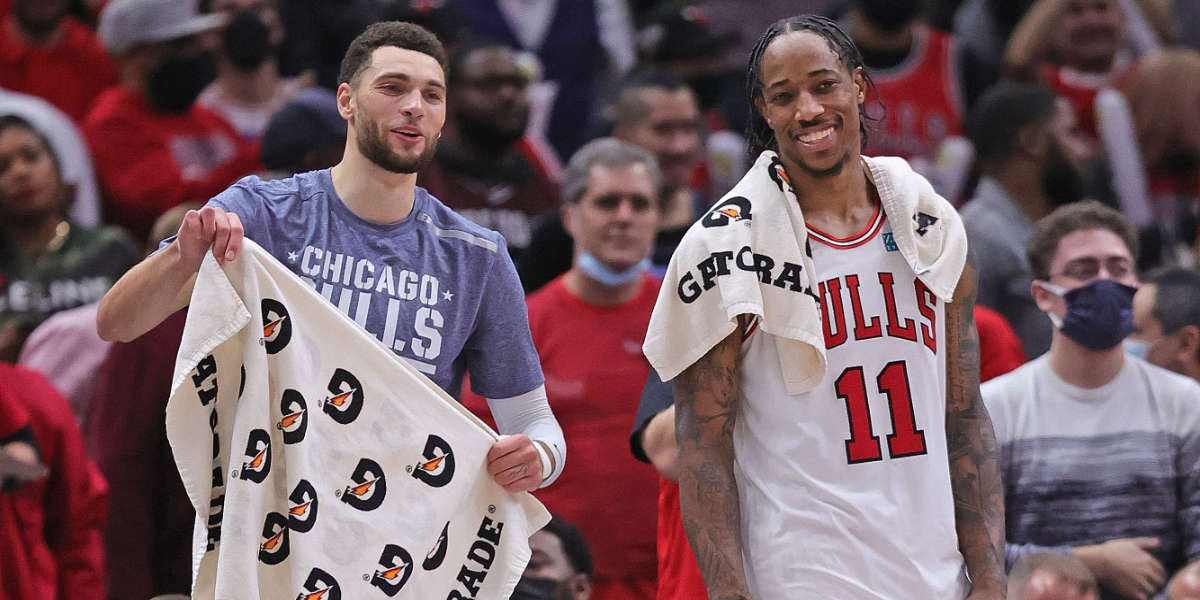 The Chicago Bulls just put together two of their best quarters in franchise history. Yes, you read that right.

DeMar DeRozan led the way with 17 points on a perfect 9-9 shooting performance from the free throw line. Meanwhile, Nikola Vucevic and Zach LaVine combined for 29 points on a 12-17 display from the field. They dished 21 assists on 29 made field goals, dominating the Mavericks with unselfish passing, fastbreak opportunities, and some of their best 3-point shot-making of the year.

All things considered, it was exactly what you wanted to see from a team that is desperately trying to turn its season around. Not to mention, it should give them an opportunity to rest their starters ahead of their game in Atlanta which is less than 24 hours away.

Anyway, I’ll drop some awesome highlights from that historic first quarter for your viewing pleasure …