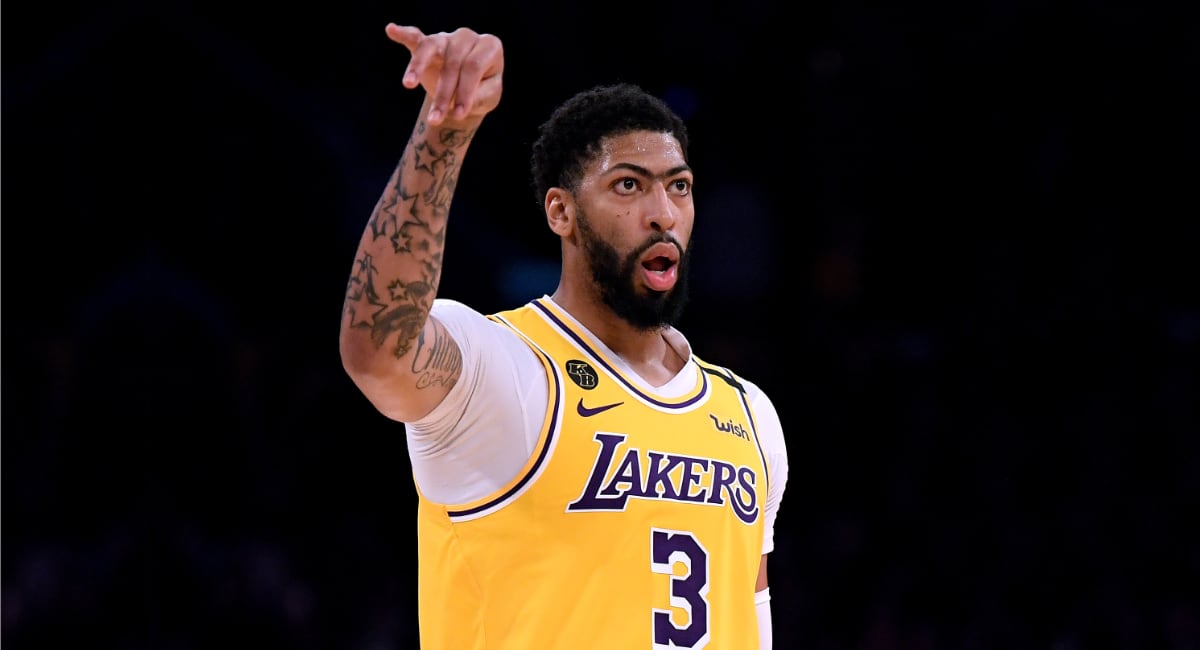 Right now, the Los Angeles Lakers and Golden State Warriors are on the outside looking when it comes to the NBA Playoffs. And both were dealt significant injuries to star players this past week. We’ll get there shortly, but first ….

Atlanta Hawks president of basketball operations Travis Schlenk is stepping down from his position and moving into an advisory role, according to ESPN’s Adrian Wojnarowski:

According to The Athletic, General Manager Landry Fields will assume Schlenk’s duties and oversee the day-to-day basketball operations. While Schlenk will be stepping down from his basketball ops role, he won’t leave the organization entirely. Schlenk will remain with the team in an advisory role and work with owner Tony Ressler.

Schlenk has been with the Hawks since 2017 and served as the GM and President of Basketball Ops, overseeing the Hawks second trip to the Eastern Conference Finals in franchise history and the acquisition of current core pieces like Trae Young and Dejounte Murray.

According to the story in The Athletic on the move, the writing was on the wall for a shift in the Atlanta front office since this summer when Landry Fields was promoted to GM.

Here’s what Schlenk had to say via a team release today:

“Throughout this season, Tony (Ressler) and I have had multiple, honest conversations about some of the personal things I’ve been going through and how I’ve been feeling, and I appreciate the counsel he has provided me as well as the opportunity he gave me six seasons ago to be a first-time general manager,” Schlenk said in a statement. “As we enter a new year, the timing feels right for me to take a step back, reflect and prioritize my family.”

Atlanta now has stories of discontent in the front office and between their star player Trae Young and the coaching staff crop up in recent weeks. It will be interesting to see if this move to Landry Fields will result in a solution one way or the other regarding the latter mentioned issues between Nate McMillan and Trae Young.

Just when it seemed like the Los Angeles Lakers had gotten back the Anthony Davis that they paid $190 million for, Davis suffered another injury setback this weekend in Denver. Davis appeared to suffer a foot injury in the first quarter while scoring around Nuggets’ superstar Nikola Jokic. Davis did not return after the half and hasn’t played since.

Davis was playing great basketball leading up to the injury, scoring 30 or more points nine times in the past five weeks and 55 earlier this month against the Washington Wizards. The veteran big man averaged 30.3 points per game in December and 27.4 points on 33.4 minutes per game this season.

Davis is expected to miss at least a month, setting the Lakers up for a minimum of 15 games without him, which could spell doom for their season. Los Angeles is 13-17 on the season and have lost five of their last eight. The Lakers are already on the outside looking in regarding the Play-In Tournament. They could be much further back by the time Davis returns sometime in mid-January.

The Lakers aren’t the only team in the Western Conference looking at the Play-In Tournament from the outside and dealing with an injury to a key piece to their roster. Golden State learned over the weekend that they will be without Stephen Curry for several weeks after he suffered a left shoulder subluxation.

Curry, 34, was playing at an elite level this season, averaging 30.0 points, 6.8 assists, and 6.6 rebounds per contest for the struggling Warriors. Without Curry in the fold for the foreseeable future, the defending NBA Champions’ season has entered a dark place.

Golden State is 15-17 entering the day and 1-2 since the Curry injury against the Pacers last week, with a matchup against the Brooklyn Nets staring them in the face tonight, followed by a Christmas Day meeting with the Memphis Grizzlies.

Given the age and cost of the Warriors’ core, might Curry’s injury force Golden State to make a move before the trade deadline? Also, could James Wiseman be on the move for some help? Golden State should strongly consider this, considering they’ll need to stack some wins with Curry gone just to stay in the conversation for the Play-In, and then they’ll have an uphill fight throughout the NBA Playoffs if they make it.