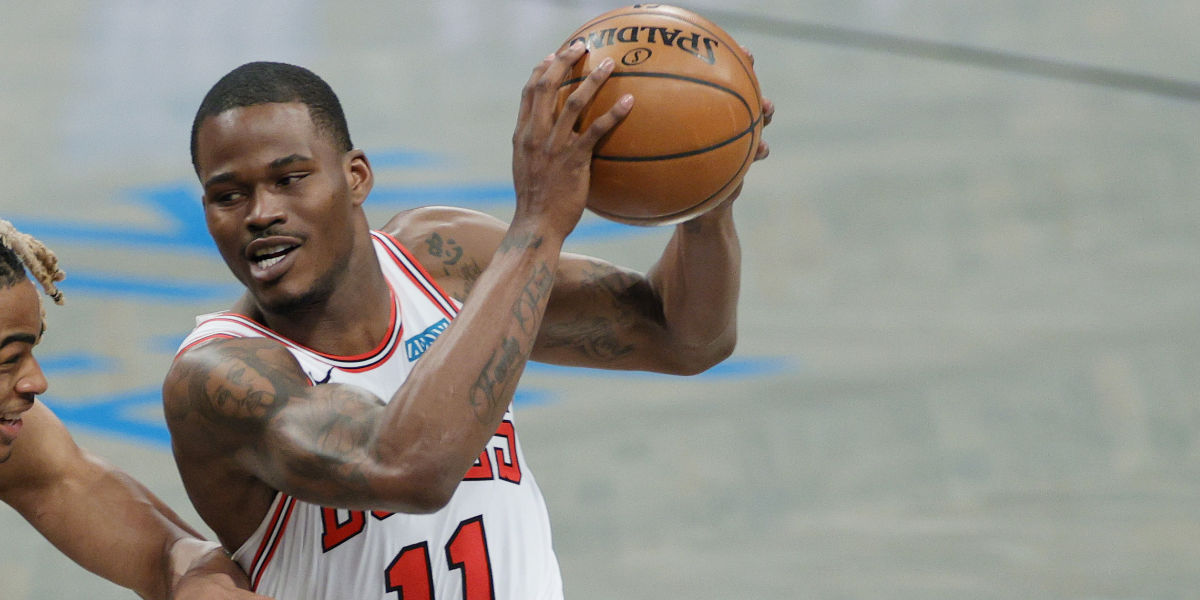 Two of the Chicago Bulls’ forwards can’t seem to escape the injury report.

One game after Derrick Jones Jr. returned from a six-game absence, his status is back in doubt. According to the NBA’s official injury report, Jones is “questionable” for tonight’s contest against the Brooklyn Nets due to a right eye contusion. While it’s good to know the issue doesn’t appear to be anything significant, there is no question that his defensive versatility could be missed against one of the NBA’s best offenses.

Not to mention, Jones has continued to be a productive lob threat and small-ball roll man on the offensive end this season. He shot 3-4 from the field for 6 points in his 21 minutes off the bench on Monday night, also scooping up a much-needed 6 rebounds.

Jones’s status feels like that much more of a big deal when we consider that Javonte Green is expected to sit out of tonight’s game. Green has been a staple in the Bulls’ rotation, repeatedly making huge hustle plays off the bench and providing the kind of off-ball movement that head coach Billy Donovan wants to see on the offensive end.

Green missed five-straight games in late December due to soreness in his right knee. He’s averaged 15.2 minutes over the team’s last three games but will now put his street clothes back on as the soreness returns.

According to the Sun-Times’ Joe Cowley, Green said earlier this week that he would meet with doctors to further discuss the issue. What has come out of that meeting is unclear, but the fact he’s sitting tonight doesn’t feel like the most encouraging sign. Hopefully, it’s only a matter of time before we get some positive words on where Green stands.

Two out-of-rotation players have also popped up on the injury report, with Tony Bradley remaining out for personal reasons and Dalen Terry sitting questionable due to his own knee soreness. I know that doesn’t feel like a huge deal, but absences for both Jones Jr. and Green could naturally open a door for Terry, so let’s hope he’s healthy enough to go if either of those two can’t.