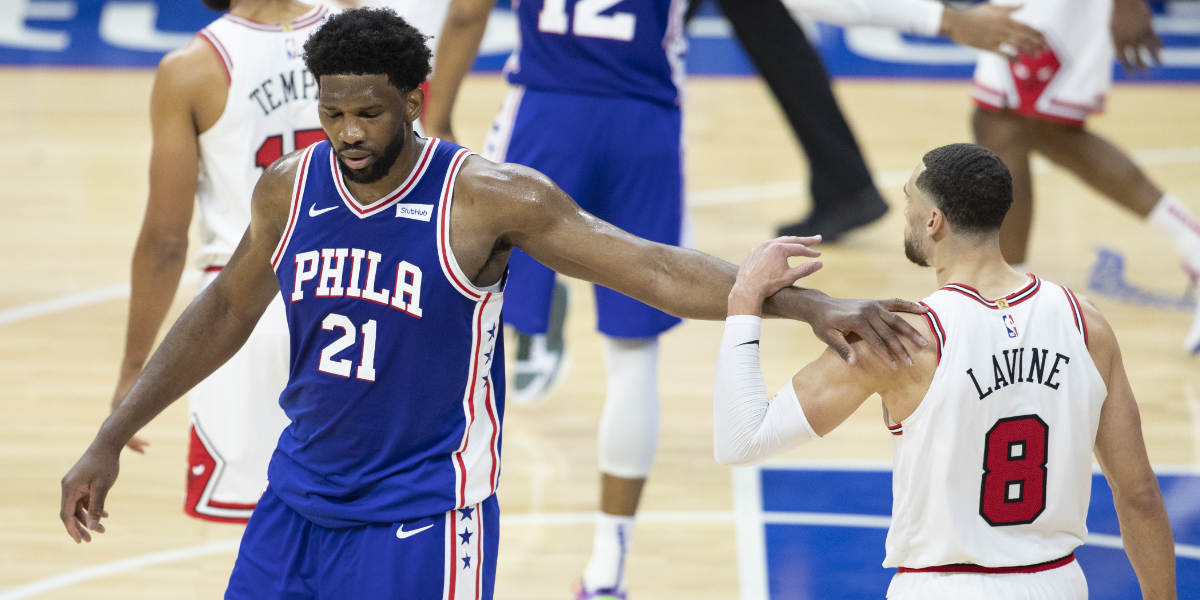 The Chicago Bulls will catch a big break on the front end of their upcoming back-to-back.

According to Keith Pompey of The Philadelphia Inquirer and the latest injury report, superstar Joel Embiid will sit out tomorrow’s contest against the Chicago Bulls. Embiid has averaged 33.5 points this season to go along with 9.8 rebounds and 4.6 assists. The big man is also shooting a career-high 53.5 percent from the field as the 76ers sit 23-14.

Of course, Philly will still have talented starters like James Harden, Tyrese Maxey, and Tobias Harris to lean on in tomorrow’s battle. And their strong play without Embiid in yesterday’s 129-126 victory over the Indiana Pacers should remind us that they’re still more than capable of giving the Bulls trouble. Having said that, Embiid has been Chicago’s kryptonite.

The big man has never lost a game to the franchise over the course of his career, earning his 12th-straight victory back on Oct. 29. Chicago was also just a stop or two away from potentially beating Philly earlier this season, but it was Embiid who sank a big-time clutch 3-pointer to help set Philly up for the slim 5-point victory.

So could his absence be the difference between a win and a loss for Chicago? It’s certainly possible, and it certainly wouldn’t hurt a Bulls team that is trying to continue its ascent up the Eastern Conference standings.