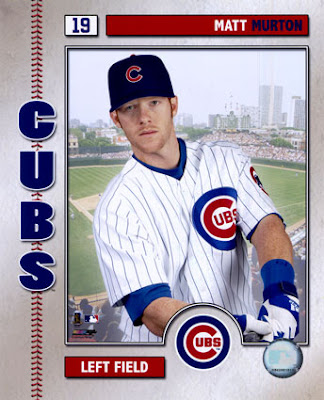 Murton’s quick trip to Coors Field left him eager for more. He’d been with the club from April 29 to June 4 and hit .267 during the stretch, but the veteran of four big league seasons with the Cubs and A’s had increasing difficulty getting playing time with the emergence of rookies Fowler and Gonzalez. Murton hit .321 for the Sky Sox with 10 homers and 71 RBIs in 86 games.

“I had a lot of success early,” Murton said of his summer with the Sky Sox. “I went through a few weeks when mentally it was getting a little hard, because I knew I was ready, but the opportunity wasn’t there. I really feel like over the last week to 10 days down there I really started to play like I was capable of, hitting the ball the way I expect to. It’s hard for the guy that’s kind of been in and out, because you always know where you’re capable of being and you want to be there helping the team win, but at the same time you’re in another place for the time, and you’ve got to occupy that time, too. Really for me it’s a matter of the next few days getting some quality at-bats and seeing what happens.”

Murton has to go through a 48-hour procedural window to clear waivers, given his status as a player with three years or more on a big league roster, and he is hopeful that after finishing August with the Sky Sox he’ll be back with the Rockies for the playoff push. MLB.com.

I would imagine that the guys at Thunder Matt’s Saloon are hoping for the Cubs to put in a claim.