The Cubs Are Going Bankrupt - No, Seriously Skip to content 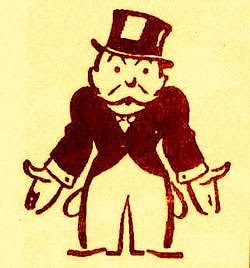 After the bankruptcy judge in charge of the Tribune case – more on that later – approves the sale of the Cubs, the Tribune will file for bankruptcy for the Cubs. The precise need for the filing is unclear, but it relates to the Tribune’s other obligations – presumably those related to the Chicago Cubs, but not being taken by Tom Ricketts as a part of the Cubs’ sale.

It will also ensure that all claims and liabilities of the Chicago Cubs are cleared before the transfer to Ricketts, though that is hardly a common reason for a bankruptcy filing – after all, businesses are sold every day, subject to liabilities, outside of bankruptcy.

The Chicago Cubs’ bankruptcy is expected to last no more than a couple days. Let’s hope that’s the case: the Cubs will likely not be able to negotiate new contracts with players and advertisers during the pendency of the bankruptcy.

You may recall that this plan was discussed some number of months ago to much teeth-gnashing and arm-flailing. Folks through around quotes like “no MLB team has filed for bankruptcy in 100 years” grrr!

The Cubs are not going bankrupt by way of failure to meet their obligations. This is merely a legal maneuver, albeit one supported by murky reasons, and should not affect the operations of the Chicago Cubs.

As for the Tribune’s bankruptcy, things are rolling along. The bankruptcy judge handling the case has approved the expedited procedures regarding the Cubs’ sale requested by the Tribune, and any objections will be heard by September 17. The court will then entertain the Tribune’s motion to approve the sale on September 24. A decision could take a week or more, but should be made in plenty of time for the next meeting of Major League Baseball owners – who would next have to approve the sale – in November.