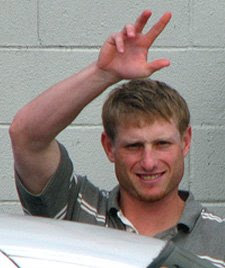 “My knee hit,” said Fontenot, whose left knee required an ice pack. “I haven’t practiced that slide for awhile. The first thing I hit was my knee. I never hit my head.”

Fontenot is competing for playing time at second on the Cubs with Jeff Baker.

Ok, yes, he probably was. But it interestingly reveals that the players in the clubhouse are keenly aware of the competition at second base, and everyone is thinking of it that way.

Think what you will of who should end up the nominal starter at second base, but I think we can all agree that no one wants the decision to be made by injury.