The Third Cut is the Unsurprisingest: Cubs Cut Eight Skip to content 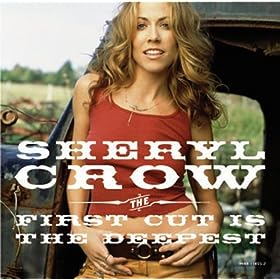 Yesterday, the Chicago Cubs made their third set of Spring Training roster cuts, and although it included a few guys who had legitimate shots to make the team, none was a huge surprise.

The Cubs trimmed eight players from the spring camp roster, including 2008 No. 1 Draft pick Andrew Cashner.

Cashner, who was on the travel squad and expected to pitch on Friday against the Chicago White Sox, had appeared in three games and given up one run on four hits and five walks over five innings.

“There’s no reason why this young man can’t have an impact on our team this summer with the stuff that he’s got,” Cubs manager Lou Piniella said on Friday. “He’s worked hard, he’s made some improvement, and he should go down there and dominate.”

Cashner needs more experience, Piniella said, and will start in the Minor Leagues.

Pitchers Blake Parker and Jeff Stevens and catcher Welington Castillo were optioned to Triple-A Iowa. Stevens, acquired from Cleveland in the Mark DeRosa deal, appeared in 11 games with the big league team last year and posted a 7.11 ERA. This spring, the right-hander had four innings over four games and had given up eight runs (four earned) on five hits and three walks.

“He’s working on a slider now, and I think that will be a real nice complement to his fastball,” Piniella said. “The curve he throws is a different plane pitch and not only that but umpires don’t call it as often. Getting a smaller break on his slider will help.”

Cashner was one of five non-roster invitees assigned to the Minor League camp. Others include pitchers Casey Coleman, Thomas Diamond and J.R. Mathes and infielder Bryan LaHair. cubs.com.

Among the pitchers, obviously Stevens had a fair shot to make the Cubs’ bullpen, particularly after Guzman went down. In that regard, his Spring performance has really been a disappointment. Thomas Diamond had a fine Spring, but I believe the Cubs would like to see him start in Iowa. If some issues arise in the rotation that require a quick sub, I wouldn’t be shocked to see the Cubs turn to Diamond in a pinch.

Blake Parker was another guy who had a legitimate shot to make the team after dominating as Iowa’s closer last year, but he just couldn’t put it together. He’ll get another shot before too long if he pitches again this year like he did last year.

Despite all the talk from Lou Piniella, Andrew Cashner was really a long shot to make the Cubs. The talent is clearly there, but he needs more seasoning. Further, the Cubs hope he can make it as a starter, and he clearly isn’t ready for that at the big league level.

On the positional side, Bryan LaHair could have made the Cubs bench with a strong Spring. It just didn’t happen for him, and he’ll now fall into the Jason Dubois/Micah Hoffpauir style purgatory that is a AAAA existence.