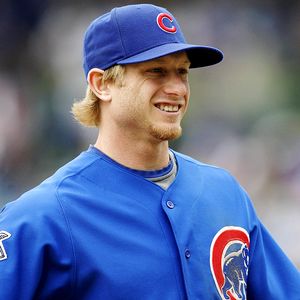 The Chicago Cubs and Boston Red Sox discussed a Mike Fontenot trade before the Red Sox acquired Eric Patterson, according to Jon Morosi of Fox Sports.

Fontenot is a versatile infielder with a decent lefty bat. He’s cheap, under control for several more years, and doesn’t necessarily have a set future with the Cubs. That sounds like a tradeable piece, and with many teams out there dealing with infield injuries, if the Cubs are sincerely considering moving Fontenot, they’ll find a taker.

One reasonable question, though: why were the Red Sox considering Fontenot only before they acquired Patterson? Did Patterson really fill their need as well as Fontenot could? Patterson is a guy who was DFA’d by the Athletics after hitting just .204/.255/.408 on the year (well, I guess that IsoP is pretty darn good), and who has a career 71 OPS+ (Fontenot’s, for what it’s worth, is a not great – but much better than Patterson’s – 93).

Further, Patterson is really more of an outfielder at this point than an infielder, having played just 10 games total in the last two years at 2nd base.