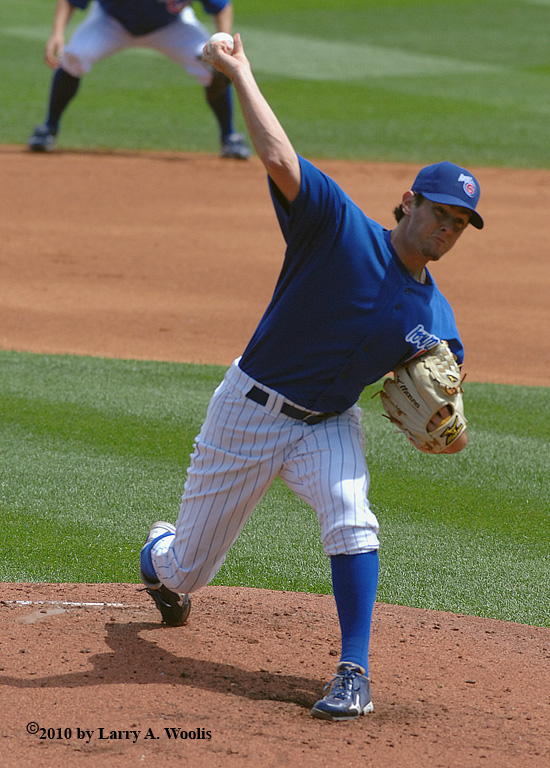 Editor’s Note: This is a guest post, written by a friend of the program, Scarey from Sons of Ivy. When it comes to Cubs prospects, few know the organization better than Scarey, and he’s offered to throw us some of his insights, teed up here for you with minimal editing from yours truly. Up today, the newest member of the Cubs’ rotation, Casey Coleman. He’s pitched out of the pen so far in the bigs, but he’s a starter by trade, so here’s hoping he can do what Thomas Diamond couldn’t.

If there were ever a prospect with pedigree, Casey Coleman would be it. He is the first ever third generation MLB player, following his father Joe Howard Coleman (’65-’79) and grandfather Joe Patrick Coleman (’42-’55).

Coleman was drafted by the Cubs only 2 years ago in the 15th round of the 2008 draft. He was scouted as a two way player from Florida Gulf Coast University and was a particularly advanced pitcher, expected to make his way through the minors relatively quickly. He lived up to those predictions by moving up to A+ ball before the end of 2008.

2009 was Coleman’s coming out party. He spent the entire year at AA Tennessee making 27 starts to the tune of a 3.68 ERA. His impressive 2nd year performance won him the honor of Cubs Minor League Pitcher of the Year. The follow up season has not been as  kind to Coleman, as he’s seen his ERA rise to a respectable but unimpressive 4.07 ERA at AAA Iowa.

Still, Coleman shows the poise of a former MLB pitcher’s son. His success stems from utilizing his arsenal properly and his pin point control. He hasn’t shown these qualities in his relief appearances with the Cubs this year, but there is hope that he could pitch more effectively in a starter’s role, where he’s comfortable. The 88-91 MPH fastball will not get many swings and misses. Instead, Coleman relies on his defense for outs utilizing a sinker along with his best pitch, a changeup.

Coleman is only 23 years old, so there’s plenty of room for improvement. I would caution Cubs fans to temper your expectations, though. Coleman does not have a lot to offer in terms of “stuff .” If he can effectively change speed, spot his sinker, and execute all of his pitches, he could be the next Randy Wells. If not, he could be the next Ryan O’Malley.

And now a totally random factoid, apropos of nothing: Casey Coleman is the first Florida Gulf Coast University alum to make it to the big leagues. The second? Chicago White Sox 2010 first round pick Chris Sale. Coleman was promoted on 8/2 while Sale was brought up on 8/4.