Never Count Him Out, But Angel Guzman Will Not Break Camp With the Big Club Skip to content 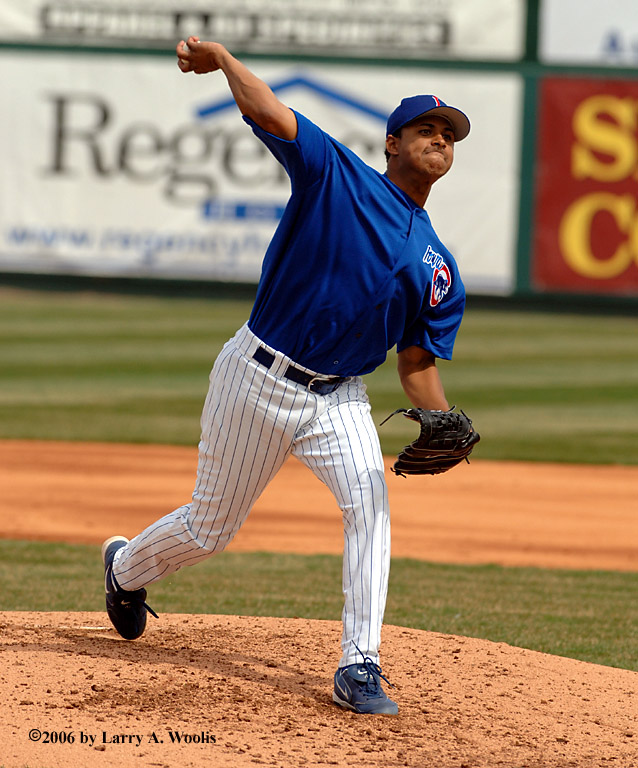 Chicago Cubs reliever Angel Guzman has had a cruel, if moderately successful professional career. For years, he was the top pitching prospect in the Cubs’ system – by way of comparison, Guzman was more hyped than either Chris Archer or Trey McNutt, and was so hyped for more than three straight years of development.

But the entire time – and for years thereafter – Guzman was plagued by injuries. Elbows. Shoulders. Forearms. Guzman was the picture of un-health. His future as an ace was effectively derailed, and few thought he would meaningfully contribute at the big league level.

And then 2009 happened. Guzman was a revelation out of the Cubs’ pen, throwing 55 relatively healthy innings of sub-3.00 ERA. He was easily the Cubs’ best reliever, and was being heavily counted on last year. But then his shoulder gave way, and he didn’t throw a pitch in 2010. The words “career threatening” were applied liberally.

But after shoulder surgery, and a long, long recovery, Guzman is back in Cubs’ camp on a minor league deal, hoping to contribute at some point in 2011. But measured expectations are a good thing: Guzman is “a long shot” to make the ML roster right out of Spring Training says Mike Quade. Long shot has been applied to his chances to be as effective as he once was, too.

Still, Guzman is throwing from the full 60’6″ this week, so you never know. He’s been called a long shot before.