Rumor: The Cubs and Pirates Continue to Discuss Carlos Pena Skip to content 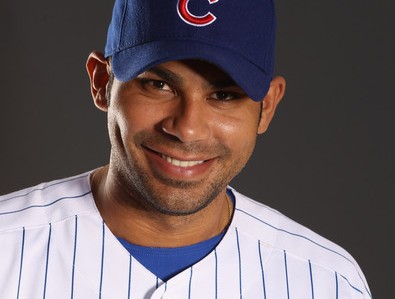 With scouts from the Pittsburgh Pirates in attendance at yesterday’s series finale against the Brewers (as they have been for a month), Carlos Pena had one of his best games in a while – picking up a couple hits, including a double, and a walk.

Whether that was a tipping point is unknown (seems unlikely that one game would make a huge difference), but it appears that the two teams are still in discussions about Pena. The Pirates are still hoping to add offense, and Jayson Stark confirms that the team’s primary focus at the deadline is to pick up a “professional hitter.”

Stark says the Pirates have backed off of Pena, but a tipster tells me that the two sides are in fact still in contact. One of the names possibly being discussed coming back to the Cubs is Matt Curry, a 23-year-old first baseman currently at AA. Curry is in his first full professional season, and, after destroying A-ball in the first half, he’s adjusting to AA. He’s a good looking player, but doesn’t appear to be considered one of the top prospects in a very good Pirates’ system.