Cubs Pull Carlos Pena Back Off Waivers Skip to content 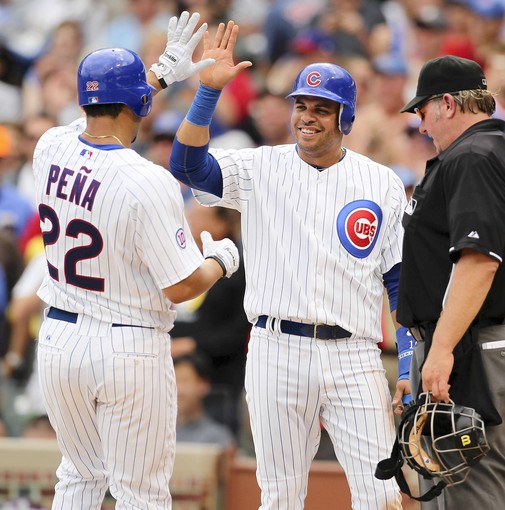 Late last night, the Chicago Cubs informed Carlos Pena that they had pulled him off waivers after he was claimed by the New York Yankees.

Few thought a trade was likely given the Cubs’ uncertainty at first base for 2012 and the unique structure of Pena’s contract (the Cubs are going to be paying him $5 million in January whether they trade him or not, so their asking price was apparently high), and Yankees’ GM Brian Cashman yesterday said he didn’t think a deal would happen.

Pena appreciated that he was pulled off waivers.

“The conversation [about pulling back the waiver] was to reassure me how much [the Cubs] think of me,” Pena said. “I made sure I told him likewise and that I appreciate being here and being a Cub, and how much pride I take in wearing the uniform.

“Regardless of what I was hearing or what people were talking about, I never lost sight that today I’m wearing this uniform and this is my whole entire eternity right here.”

That the Cubs so quickly pulled Pena off of waivers after he was claimed by the Yankees suggests two things: (1) the Yankees were not interested in giving up much of anything in trade for Pena, instead hoping the Cubs were just looking to save some cash; and (2) the Cubs were hoping Pena would clear waivers, leaving their options open with respect to a trade.

Pena will now be with the Cubs through the end of the year, at which time they will have to decide whether to offer him arbitration. His decision to accept will come by early December, so the mere offer of arbitration doesn’t necessarily take the Cubs out of the bidding for Albert Pujols and Prince Fielder. But if he does accept, the Cubs will have their first baseman for 2012. It remains possible that the Cubs will not offer Pena arbitration, given that it would essentially be an offer of another $10 million (maybe more) contract for 2012. Is Pena still worth $10 million per year?