Obsessive Cubs GM Watch Rumor: Colletti Getting Look Because He Might Bring Sandberg in as Manager Skip to content 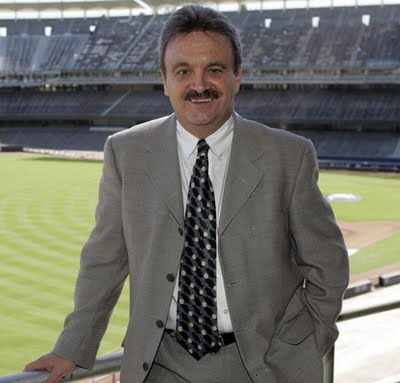 Los Angeles Dodgers GM Ned Colletti is an unattractive GM option for a variety of reasons, including his similar style to Jim Hendry (old school, scouting first, preference for veterans, etc.) and the strong desire of Dodgers fans to be rid of him. I would imagine he has quickly fallen to the very bottom of most Cubs fans lists, too.

The reasons given so far for the Cubs’ purported interest in Colletti are incredibly thin. They are, sincerely, (1) he’s from Chicago and used to work in the Cubs’ organization as a publicist, and (2) he’s a current GM. That’s it.

Now you can add another ridiculous reason to the list. Gordon Wittenmyer:

While Colletti is viewed by many as cut from similar old-school-GM cloth as Jim Hendry, one attraction to him, a source said, is the likelihood he would try to bring Ryne Sandberg back to the organization as the Cubs’ manager. Sandberg has told those close to him that with Hendry out, he wouldn’t hesitate to return to the Cubs.

First of all, it’s debatable whether Sandberg is even the right guy for the Cubs’ managerial job. But even setting that aside, choosing a GM – the most important non-player role in an organization – because he might be slightly more likely than others to bring in a particular manager is so absurd as to be beyond words. And it’s particularly beyond words when that manager would love to return no matter who the GM is, so long as it isn’t Jim Hendry.

Here’s hoping Tom Ricketts is simply doing his due diligence and/or that the leaks – remember, this is a tight-lipped search – are skewed toward someone like Colletti, who still has a number of contacts in Chicago.