BOOM: Cubs Have Asked for Permission to Speak to Theo Epstein Skip to content 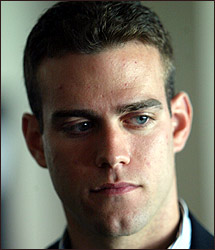 The wheels continue to turn.

According to the Boston Globe’s Dan Shaughnessy, the Chicago Cubs have officially asked the Boston Red Sox for permission to speak to their general manager, Theo Epstein, about a position with the Cubs.

Few doubt at this point that Epstein is, and has always been, Cubs’ Owner and Chairman Tom Ricketts’ top choice to replace deposed GM, Jim Hendry. An interview with Epstein would seem something of a formal precursor to an offer of the job – I doubt a chat will change Tom Ricketts’ mind, and would be more about changing Epstein’s.

Note that the Tampa Bay Rays were eliminated from the playoffs today, making their GM, Andrew Friedman, also available for an interview. Friedman, according to most sources, is Ricketts’ 1B option to Epstein’s 1A.

There will be much more on this soon, I would imagine.