About Randy Bush and Tim Wilken Skip to content 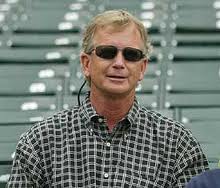 Yesterday, an early morning report said interim general manager Randy Bush would be leaving the Chicago Cubs’ organization, but that report was quickly refuted. Still, it might be a tricky fit to have Bush return to his old job (assistant GM), given his time in the top spot, and his relationship with deposed GM, Jim Hendry.

On Wednesday, the Cubs announced that they’d officially hired, in addition to new GM Jed Hoyer, a new Senior VP of Scouting and Player Development in Jason McLeod. Where that left Scouting Director Tim Wilken, was anyone’s guess – and my guess was that Wilken, who would now be expected to report to McLeod after having been the top scouting guy on the totem pole for five years, would be given an opportunity to look around.

So where do things stand with Bush and Wilken now? Well, tentatively, both will remain with the Cubs through 2012.

Bush is now expected to remain with the Cubs and return to his old post as an assistant GM with the organization. I say “an,” as opposed to “the,” because, although no one else has been hired, I wouldn’t be surprised if the Cubs add another assistant GM or two.

As for Wilken, it sounds like he’ll stick it out for 2012, and he’s saying all the right things. He’s even happy about the addition of McLeod.

“I’m very happy that we got him over here for a number of reasons,’’ said Wilken. “We’ve kind of migrated to each other in the past during some scouting director meetings and things like that. [His hiring] just kind of brought a smile to my face, and we’ve talked a little bit here in the last few days. And I really look forward to getting together with him and putting together this plan here to make us World Champions.’’

Wilken says he expects that the two will work together over the next year, and “marry” their approaches to scouting and development.

“We’ve done a pretty decent job over here, but we can get better,’’ said Wilken.

Will Wilken ultimately remain with the Cubs? Maybe for 2012 – the final year of his contract – but I doubt he’ll be here longer, if he even stays through the Winter. Let’s be real: Wilken has been the top dog for five years, and is a highly respected top dog, at that. If he wants to be the top scouting man in another organization, I suspect he could find that opportunity – and I also suspect the Cubs would let him go take a job like that.

I’d be thrilled if Wilken stays for a year, indeed marries his approach to McLeod’s, and helps smooth the front office transition. But I certainly wouldn’t begrudge him the desire to look around, given the changes.

(You’ll note that Farm Director Oneri Fleita’s name is omitted in this discussion of legacy front office types – given his recent four-year extension, and the fact that the arrival of the new blood did not represent an effective demotion for Fleita, I don’t see the same issues arising. I suspect he’ll stay, and continue his work in the system, and in Latin America.)