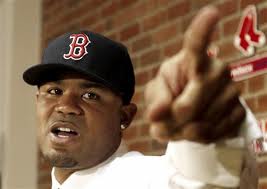 When the Boston Red Sox signed outfield Carl Crawford, then 29, to a seven-year, $142 million contract last Winter, the deal was almost universally derided.

Yes, Crawford was a valuable player and would presumable contribute in a spot of need for the Red Sox, but, as a guy whose primary value is derived from his speed, was it really wise to commit so many years and so much money to a guy who would soon be turning 30? And, frankly, Crawford was never a terribly productive hitter – he was coming off the best season in his career, in which he hit .307/.356/.495. Good numbers, sure. But $142 million numbers? The deal looked horrible.

And then it got worse.

Crawford struggled through a miserable 2011 season that saw him rival Adam Dunn as one of the worst performing newly-signed players in the American League. He hit just .255/.289/.405, and stole just 18 bases. Worse, Crawford’s defense wasn’t particularly impressive.

The next six years of his deal threaten to make him the worst free agent signing of all time, and the involvement of new Cubs’ President Theo Epstein in making that deal cannot be ignored. No one knows for certain who was pushing to sign Crawford so aggressively – there are rumors that Red Sox ownership wanted to sign Crawford to a “whatever it takes” deal as a PR move – but regardless, for Epstein, it’s a black eye.

Would he consider taking that black eye on again?

In a video for ESPN, Bowden predicts that Crawford will have a “bounce-back”  year in 2012, but predicts that it will come, in part, with the Chicago Cubs.

“I think by the July 31 trade deadline, the Red Sox and Cubs will work out a deal to send Carl Crawford to the Cubs to play left field at Wrigley Field,” Bowden says.  “I don’t think there’s any question Crawford will hit 20 homers, steal 40 bases, and play plus defense.”

Bowden points out his belief that Red Sox owner John Henry didn’t want to sign Crawford in the first place, and that Epstein is still convinced Crawford will become the player he was expected to be before signing that monster contract. Taken together, Bowden concludes that Epstein will make a move before July 31 to bring Crawford to the Cubs.

There are a couple hurdles to such a deal, of course. Alfonso Soriano is still the Cubs’ left fielder (if in title only), and is owed some $54 million over the next three years. Even if the Cubs move Soriano, would they really be willing to take on another albatross of a contract – given to an aging, slowing, declining veteran – to fill his spot? Crawford is owed about $122 million over the next six years, and, even if he “bounces back,” he won’t come close to providing his team that kind of value. That means, to trade him, the Red Sox would have to either eat a huge amount of that contract, or take on an equally awful deal. I don’t see either route being particularly attractive or likely.

I can hear the suggestion now: just swap Crawford and Soriano. While that might make some superficial sense, I have two problems with it: (1) although Crawford will undoubtedly be the better player over the next three years, I’m not convinced Crawford’s final three years (2015-2017) will be better than Soriano’s coming three years (and that’s really what you’re trading); and (2) relatedly, why kick the salary pain six years down the road when you can be rid of it now, or, at the latest, in three years?

The other possibility – the Red Sox eating a huge amount of Crawford’s contract – could face hurdles with respect to the Cubs. Given the acrimony over Epstein’s departure, and the unprofessional, personal manner in which Red Sox ownership conducted their business affairs, do you really think they would be eager to give Crawford – a player they possibly believe Epstein stuck them with before leaving – to the Cubs for a discount?

So, ultimately, might the Cubs explore a trade for Crawford? I tend to doubt it, but I suppose it’s not implausible if Epstein was indeed the motivating factor behind the Crawford signing.

Hopefully, though, it’s a mistake that he’s learned from, and doesn’t want to duplicate with the Cubs. That goes for new free agent signings, and for re-acquiring Crawford, himself.