Cubs' Tender Decisions: Everyone Gets a Contract Except Koyie Hill Skip to content 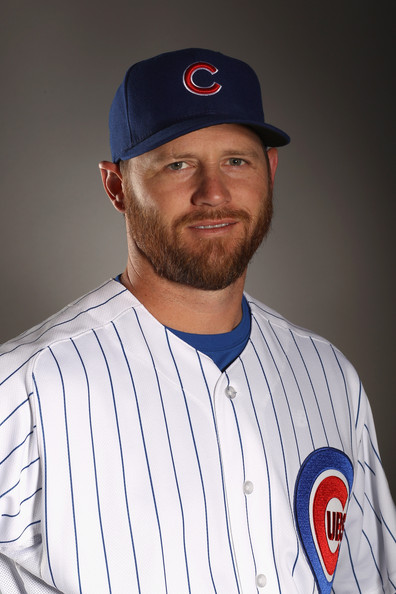 That’s all of the team’s arbitration eligibles except noted nice guy, good teammate, bad baseball player, Koyie Hill, who was non-tendered and is now a free agent. The Cubs could theoretically bring him back on a minor league deal or a Major League deal worth less than the $1 million or so he was set to make in arbitration.

As discussed earlier, the decision to tender Baker, Garza, Soto, Stewart, and Wells was an easy one. DeWitt was a closer call, but, as I guessed, he has sufficient value that it’s worth tendering him a contract, and sorting out what to do with him, roster-wise, later.

As for Hill … there were reports earlier tonight that the Cubs were thinking about the unthinkable: tendering Hill a contract. I cannot appropriately describe what my reaction would have been without attaching an unreasonable amount of rage to the decision to retain a relatively unimportant piece, when compared, incrementally, to the player who might have replaced him. Having Hill as the primary back-up catcher versus, for example, some other vet or a rookie like Welington Castillo or Steve Clevenger, might have cost the Cubs one win in 2012. Or zero. It isn’t a huge decision, in terms of the on-field impact that we would actually see.

But good Lord would it have been the wrong decision. My trust in Theo Epstein and Jed Hoyer, already almost implicit, ticked up just a hair further.

The only plausible justification for tendering a contract to Koyie Hill would have been that the Cubs are planning to continue shopping Soto, and felt they needed a veteran who knows the pitching staff around to help the next starting catcher along. That could wind up the same justification if the Cubs bring Hill back on a lesser deal.

It’s possible that the decision went to the wire because the Cubs were asking Hill to accept today a contract for the Major League minimum, and Hill was mulling it over.

However it played out, Koyie Hill is now a free agent, and a Chicago-area trash can is up one naked picture of a Chicago Cubs front office member.

As for the rest, the Cubs will work on coming to terms on an agreement for 2012 (and beyond, potentially). If the two sides cannot agree on a salary, they’ll go to arbitration next year.