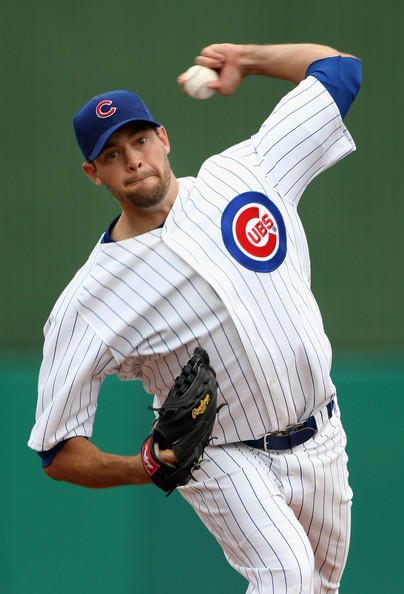 Bruce Levine, who first reported the trade talks between the Chicago Cubs and Cincinnati Reds centering on Sean Marshall and Travis Wood, now says the deal – which includes two prospects coming the Cubs’ way – is done, pending a physical of the four players involved.

Levine isn’t sure when the deal will be formally announced, or when the names of the other players involved will be named. Obviously we’ll have more on the deal when it’s finalized, and on the prospects when they’re named. They’re pretty much the swing pieces that could take this deal from “just ok” to “pretty great.”

Here are my thoughts on Wood and on dealing Marshall from earlier today. The short version on Wood and Marshall, specifically:

Marshall, as discussed yesterday, is a free agent after this year, in which he’ll make just over $3 million. For one of the clear best relievers in the game, he’s a bargain. That he should net the Cubs a very good return goes without saying. And, to be fair, given his role and contract situation, trading him doesn’t necessary signal an imminent dive bomb into the 2012 season.

Drafted by the Reds in 2005 in the second round out of high school, Wood, who will turn 25 in February, was a consistently good minor league pitcher as he worked his way through the Reds’ system. Until his 2011 hiccup – not only did he regress in his time in the big leagues, he struggled at AAA – Wood had the look of the kind of pitching prospect you’d be thrilled to get for Sean Marshall. In that regard, he certainly makes sense as a “buy low” candidate for Theo Epstein and Jed Hoyer. The kind of player they say they like to target.