Prince Gets PAID: Reports Say Fielder's Signed with the Tigers for Nine Years and $214 Million Skip to content 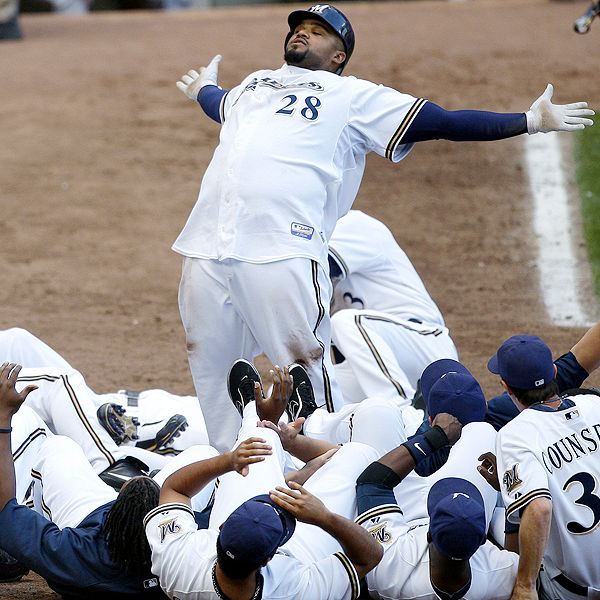 This news impacts the Chicago Cubs at least tangentially – former divisional opponent, possible prior interest – and, even if it didn’t, it’s worth writing about for the shock, alone. According to Jon Heyman, Tim Brown, and Ken Rosenthal (each getting a piece of the story), the Detroit Tigers have been Boras’d, and have signed Prince Fielder to a nine-year, $214 million contract.

Yo. That’s a serious contract right there. And it came from the “mystery team.” Until today, it looked fairly likely that Fielder would be going to the Nationals.

The implications of the deal as far as the Cubs are concerned could be limited, or expansive. It ends any speculation that the Cubs could flip Alfonso Soriano or Marlon Byrd to the Tigers (as I’ve said for some time now). The impact on the Tigers’ possible interest in Matt Garza will be interesting to watch. On the one hand, the purse strings probably just got a bit tighter. On the other hand, I’ve heard that Victor Martinez’s contract was insured against knee injuries, so the Tigers’ budget for 2012 might not have changed all that much, depending on how Fielder’s contract is structured. Further, with Fielder on board, the Tigers may decide that now is the time to strike, and adding Garza on top of Fielder is about as solid a “strike” as you can make.

For my part, I am certain there was a time, early in the offseason, when the Cubs were modestly interested in Fielder. I reported as much, as did Bruce Levine, among others. The rub, though, as we always cautioned, was that the Cubs would sign Fielder only on their terms: a short-term deal, no longer than five years. When it became clear that Fielder was going to get a long, big money deal elsewhere, the Cubs moved on.

I’d venture a guess that the decision to move on came shortly before the January trade that sent Andrew Cashner and Kyung-Min Na to the Padres for first baseman Anthony Rizzo and pitcher Zach Cates.

Is anyone complaining? I’m certainly not.