The Chicago Cubs, as an organization, have been moving in the right direction for some time. Hiring Theo Epstein and Jed Hoyer and Jason McLeod was certainly a huge step, but it was hardly the beginning of the transformation that is taking place under the ownership of the Ricketts family.

Indeed, improving team facilities started in earnest more than a year ago, and the plans to dramatically improve the Spring Training experience – both for players and fans – were put in place long ago. Less discussed, but possibly even more exciting, the Cubs are building the preeminent Latin American training facility on the largest MLB team-owned piece of land in the Dominican Republic.

We’ve heard about the DR facility plans for some time now, but concrete details have been relatively sparse. A panel at CubsCon went into a bit more depth on the plans, and then the team revealed even more information late last week when the Ricketts family, together with other Cubs personnel, traveled to the DR for their quarterly board meeting.

Located in La Gina, outside of Santo Domingo, the facility will span 50 acres, making it the largest academy in the country. It will be open year-round, complete with baseball fields and training facilities, housing for Minor League players during the season and for Major Leaguers in the offseason, and will serve as an education center for Cubs prospects.

The new academy will serve players from across the world, including Venezuela, Panama, Colombia, Brazil, Nicaragua, Aruba, Curacao and Mexico, in addition to the Dominican Republic.

“We have been to the Dominican Republic three times,” Ricketts said. “On the first trip, we wanted to see how we treated the players and what kind of facilities they had to make sure it was consistent with how we want to treat people in our organization. And what we found out was that people treated the people very well but the facilities were behind. [During] the second trip [we] decided to get some land and address the issues we recognized. We have spent the last couple of years getting ready for this trip to finalize the plans.”

The academy will feature four fields, including one with artificial turf, four covered batting cages, eight bullpens, a weight room, a cafeteria and kitchen, two locker rooms, two meeting rooms, a large classroom that can be converted to four smaller classrooms, plus a theatre and video room. An on-site dormitory will house up to 80 players and eight staff members.

The academy will serve as an educational center equipped with classrooms and staff to teach English and Spanish to players and personnel, and players will be able to earn their GED high school equivalents. The Cubs say the center will place an emphasis on education, health and nutrition.

“A project like this is very important because all the players on the island are getting the opportunity to train in the type of facility the Cubs will have if they sign,” said Castro, who signed out of the Dominican with Chicago in 2006. “We have an owner that really cares about the players and the people on this island. This is going to be the best academy in Latin America.”

The project is expected to take about 12 to 18 months to complete, and will cost the Cubs about $6 to $8 million. When a nearby McDonald’s costs $20 million (and a Cuban defector pitcher $7 to $8 million), I’d say that’s a pretty incredible investment.

The facility will be not only the focal point of the Cubs’ scouting efforts in the DR, but also the home for player development in Latin America, and a huge selling point for recruiting free agents and international talent who live and train in the DR in the offseason (for example, Yoenis Cespedes).

The Cubs will begin construction, I believe, within the next couple of months.

BleedCubbieBlue has a number of pictures of the plans, from the Cubs, and it’s worth checking them out to get a sense of the grandeur. Below are a couple, the first showing some of the planned buildings, and the second showing an arial view of the plans (and head over to BCB for larger versions): 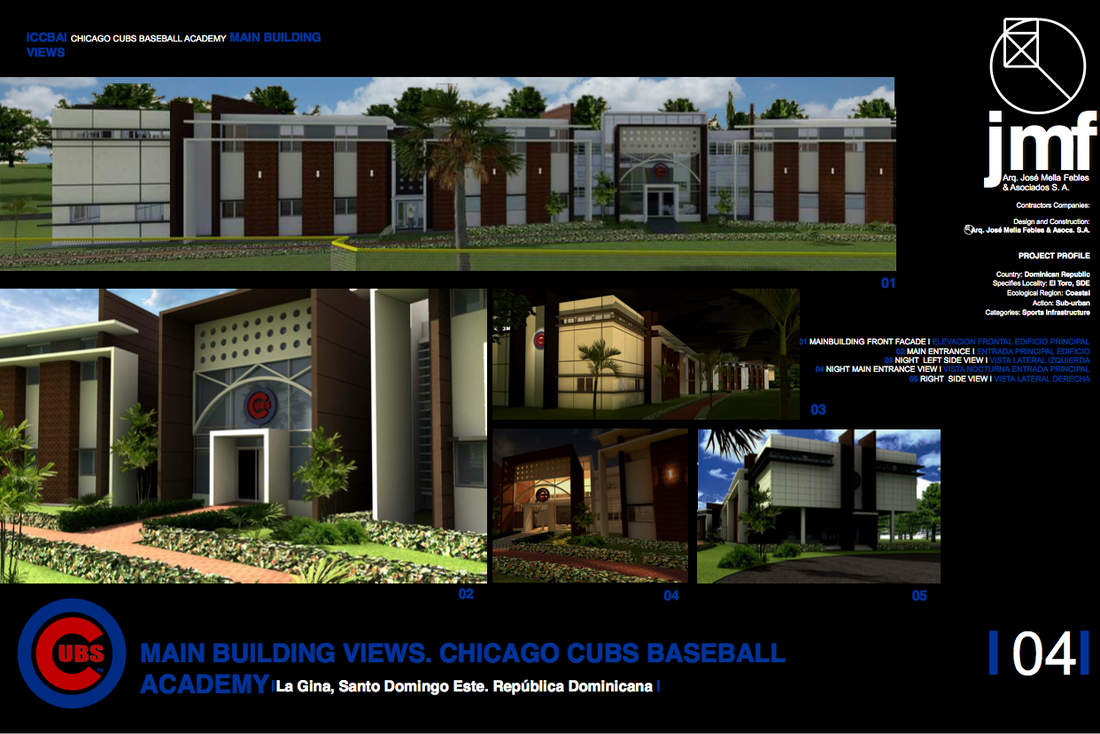 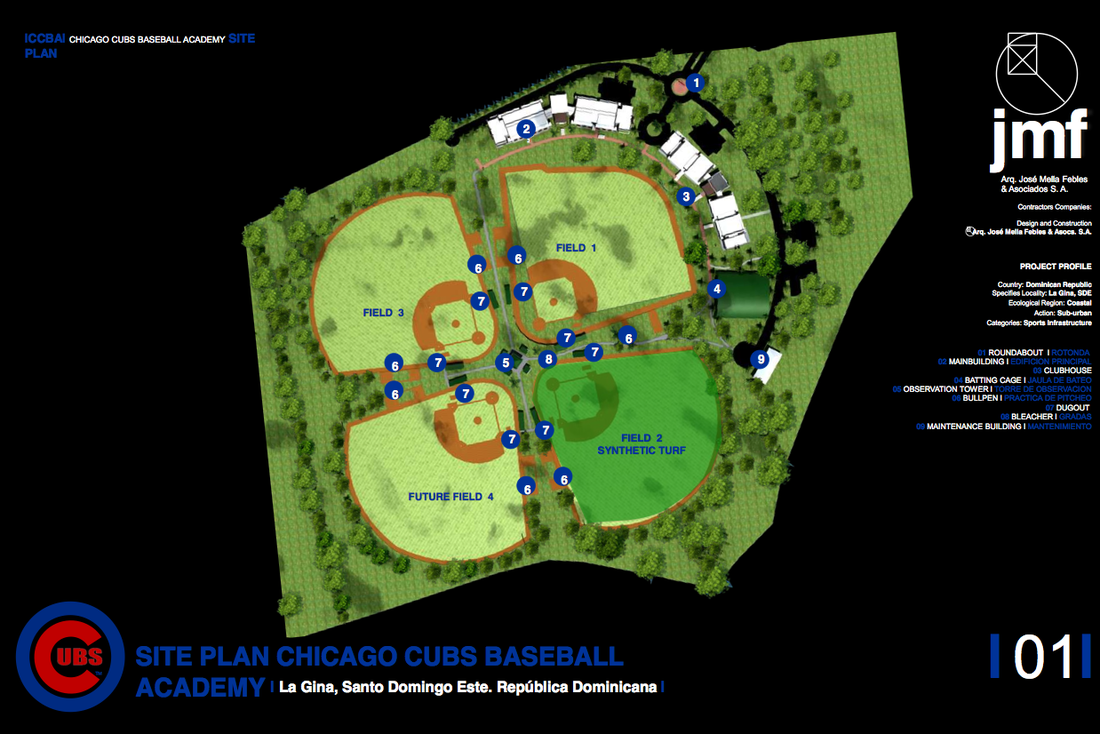