Could Cubs' Midwest League Affiliation Be Changing? Skip to content 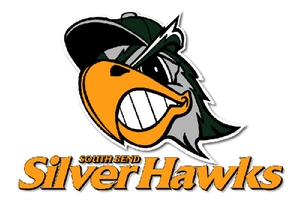 I’ve been sitting on some information for a few months now, waiting for the right time to share. Candidly, I wasn’t really sure when the “right” time was going to be – whether it was when I got a little more information, or when the Minor League seasons rolled around, I wasn’t confident. I just knew that, at some point, I was going to have to say something. And, given the sensitive nature of the story, I wasn’t terribly excited about sharing it.

Thankfully (for me), a South Bend Tribune article has opened the door. In short, there’s a chance that the Peoria Chiefs will soon not be the Cubs’ A-ball team anymore:

[South Bend Silver Hawks Owner Andrew] Berlin, who lives in Chicago and is a limited partner in the major league White Sox, said he was exploring the idea of an affiliation change for the Silver Hawks.

Currently, the South Bend team is affiliated with the Arizona Diamondbacks ….

But Berlin said affiliating the Silver Hawks with a regional major league team would be sure to help South Bend’s attendance.

“The stars seem to be aligning a little bit,” Berlin said.

I’ve heard from a well-placed source in South Bend that the affiliation change is a “very real” possibility. Berlin wants to make it happen, for obvious reasons (the South Bend team would draw quite a bit better if it were a Cubs affiliate, rather than a Diamondbacks one).

I’ve also heard (and read) that the Peoria Chiefs have had a rough few of years financially, which could make holding onto their Cubs affiliation difficult. On the other hand, it could be politically sticky for the Cubs to take an affiliate out of the state at the same time they’re trying to get stadium funding from Illinois and Chicago.

The Chiefs have been affiliated with the Cubs for 17 of the last 26 seasons, including the last seven, so I think you can appreciate why it would be a pretty sad transition for a number of people if the Cubs’ affiliation ended there.