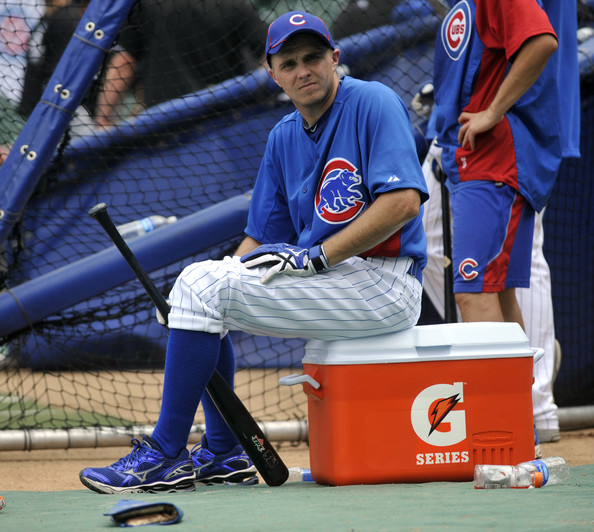 The promotions of Tony Campana and Scott Maine are only the beginning. I think we can expect a lot of prospects to be climbing aboard the Iowa-to-Chicago express this summer. That, of course, means there will be a lot of miles logged between Tennessee and Iowa, and Daytona and Tennessee. We have already begun to see some movement in and out of extended spring training; expect that pick up as well. This season we will need to watch the transaction wire just as closely as we do the box scores.

AAA – Iowa Cubs. 7 – 10
Heading into the eighth inning Iowa held a 5-3 lead and one of their best relievers was on the mound. What followed was one of the worst innings in the minor leagues this season. Iowa rallied back, but they fell far short. The Cubs lost this one 12-7.

Starter Casey Coleman pitched six good innings and was on his way to a win having allowed just two runs and struck out seven. After getting through the seventh, Jeff Beliveau took the mound in the eighth. And then, as things began to fall apart, Manuel Corpas replaced him. When the inning ended several batters later those two had combined to give up nine runs. It was so bad that Blake Lalli (a catcher) and Alfredo Amezaga (an infielder) pitched the ninth.

Now that Tony Campana has gone to Chicago, a number of his teammates are working on joining him. Brett Jackson (2 for 5, double), Anthony Rizzo (2 for 5), Dave Sappelt (2 for 4, home run), and Adrian Cardenas (2 for 3, double) all had good nights for Iowa. Josh Vitters did not have a hit, but he did draw an intentional walk. It is much to early to say who will be the next Cub called up from Iowa, but I suspect Cardenas has a good chance to be the next hitter.

Hopefully Iowa, and especially the bullpen, can forget about this one quickly.

AA – Tennesse Smokies. 9 – 8
The Smokies scored a single run in every other inning on their way to a 4-2 win.

The top of the order kept getting on base and the middle of the order kept driving them in. Elliot Soto, Logan Watkins, and Jae-Hoon Ha scored all four of the Smokies’ runs from the first three positions in the batting order. Rebel Ridling and Ty Wright drove them in from the fourth and fifth slots. Ha also scored on wild pitch.

With Campana now a member of the Chicago bench, the Cubs’ may choose to move an outfielder from Tennessee to Triple A Iowa. Ha, Ridling, Wright, or James Adduci could all be candidates for that promotion. I think it is a little soon for Ha; my choice would be Ridling. On the other hand, the Cubs may move in a different direction altogether. Iowa’s roster is flexible enough to allow the Cubs a lot of options.

Nicholas Struck pitched five innings and collected his second win of the season. Jeffry Antigua pitched three innings in relief, and Marcus Hatley earned the save.

High A – Daytona Cubs. 4 – 11
Does anyone remember when Daytona was an error ridden team that struggled at the plate? The Daytona Cubs sure don’t. The offensive floodgates have opened and the Cubs poured forth another 13 runs and 17 hits in their 13-2 win.

Normally I like to mention any players who had multiple hits or extra base hits, but in this game there were just too many of them. Nelson Perez (3 for 3, 3 run homer, two walks) and Dustin Harrington (2 for 5, double, triple) led the team-wide attack. Nearly every player reached base at least twice.

Meanwhile, the pitching was able to the Yankee batters in check. Eric Jokisch went five and two thirds allowing seven hits and three walks. It wasn’t his best game, but it was good enough for the win. Larry Suarez and Joseph Zeller were nearly perfect over the final three and a third.

There is more than enough talent on this team to put together a long winning streak; this might be the start of one.

Michael Jenson got the loss, but he did not deserve it. He pitched seven good innings, allowing two hits, one walk, and striking out six while not allowing a single earned run. Thanks to a pair of errors behind him, he did allow a couple of unearned runs to the cross the plate, and that that was the difference in the game. Jensen has yet to have a bad start this season.

The Chiefs’ had their chances to score some runs, but they finished the game just 1 for 11 with runners in scoring position. Rafael Lopez, Paul Hoilman, and Eduardo Gonzalez all had extra base hits and Oliver Zapata joined Hoilman as the only two Chiefs to enjoy a multi-hit day. The unstoppable Zapata also stole a base, his second of the season.

Through his first seven games and 28 AB, Zapata has put up some fairly ridiculous numbers. He is now hitting .464/.516/.750 with two doubles, two home runs, two stolen bases, three walks and six strikeouts. Zapata was called to Peoria out of extended spring training when Reggie Golden went on the disabled list. It will be interesting to see what the Cubs do when Golden is ready to return. There is no word on when that will be.