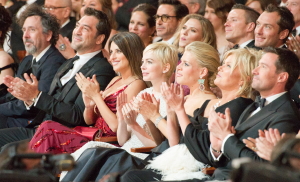 The NFL Draft has come and gone, and that means the Internet is awash with awards. Every NFL writer for every website and network is painstakingly debating whether taking that guy with the fourteenth pick in the sixth round instead of that other guy merits a C or a C-, even though both guys are likely to be cut before the end of training camp.

And to that I say: “Why should the NFL guys have all the fun!? Giving premature evaluations based on limited data is awesome! I want to play!” And, so, now that we have about a month of minor league games behind us, this looks like a good time to quickly scan the minors and hand out some honors of our own.

Before I get started, let me issue a blanket caveat that covers this entire article. It is early. Most players are a week or so away from reaching 100 ABs and few pitchers have gone beyond 25 innings. There is a lot of baseball to be played. Also, I am not evaluating players based on how good of a prospect they are. I am only looking at their performance through the end of April. Now that that’s out of the way, let’s start with the hitters.

Hitter Of The Month
My candidate would be Anthony Rizzo, but Rizzo himself says that Adrian Cardenas is the better hitter. And you know what? He might be right.

Rizzo has a very impressive 1.093 OPS this season, but nearly all his damage has come against right handed pitching. Against right handers his line reads like a something Babe Ruth would put up: .476/.522/.817. Those numbers are crazy good, even for the Pacific Coast League. Against lefties, though, Rizzo is just .192/.192/.308. Ouch.

As awesome as Rizzo has been this month, I think when we look at the splits Cardenas might come in a half a step ahead of him. Thanks to a recommendation from Runner Up Anthony Rizzo, your Bleacher Nation Minor League Hitter of the Month for April is Adrian Cardenas.

Pitcher of the Month
There are a lot of candidates for this one. Chris Rusin has been good in Iowa. Michael Jensen has been good for Peoria. Yao-Lin Wang has yet to allow an earned run this year. Austin Kirk is off to a good start, and so is Eric Jokisch. Jeff Beliveau is pitching for a promotion to Chicago. Patrick Francescon is at or near the top in nearly every statistical category in the Cubs’ farm system. I could draw a name at random from these pitchers (and more) and be able to make a compelling case why he should be Pitcher of the Month.

Instead, I’m going in a slightly different direction. The Bleacher Nation Minor League Pitcher of the Month for April is Frank Batista.

Very few fans had heard of Batista at the start of the season, and very few analysts pay much attention to him at all. He is not giant flamethrower with dominant stuff; he’s only 5’10”. He just happens to be very good at producing ninth inning outs. He was so good in his first six appearances with Tennessee that the Cubs bumped him to Iowa when Scott Maine was promoted. I’m not sure he noticed the difference. Across the two highest levels of the minors, Batista has put up an ERA of 0.00, a WHIP of 0.869, a remarkable GO/AO of 2.60, and a SO/BB of 5.50 with 11 Ks in 9.2 innings. Nearly all of those innings have been either the eighth or ninth. In short, Batista has been nearly perfect pitching in the toughest situations at the highest levels of competition in the minors. April’s honor is his.

Breakout Performance
There are a number of players who have significantly elevated their stock in April, including several of the pitchers I have already mentioned. My Breakout Performance for April doesn’t go to a pitcher, though. This one belongs to outfielder John Andreoli.

I talked a bit about Andreoli in a recent Daily article, so hopefully he isn’t a complete unknown. He was unknown coming into the season, though. As much press and praise was given to the Cubs’ 2011 draft, little to no time was spent talking about an outfielder from Connecticut who was taken the 17th round.

Well, he has our attention now. Despite starting his first full professional season in the pitching friendly Florida State League, Andreoli has quietly gotten his Cubs career off to a great start. At the end of April he was hitting a very respectable .322/.452/.390. He hasn’t show a lot of power yet, but at 6’1″ there is reason to think he may develop some before he is done. Even if he doesn’t, though, Andreoli could still have a future as a high on base percentage, patient hitter with some speed who can play in center.

Biggest Surprise
Raise your hand if you had heard of Oliver Zapata before this baseball season began. Are there any honest hands in the air (members of the Cubs’ organization and the Zapata family don’t count)? [Brett: My hand is in the air, though “heard of” is as far as I got.] Even those who were aware of the Tony Campana-sized switch hitter were likely not expecting him to begin his Peoria season by slugging .446 over his first fifteen games. He has cooled off since his ridiculously hot start, and like any prospect he will have to make adjustments to continue to enjoy success, but all of that is in the future. Today, he’s my Biggest Surprise for the month of April.

Player of the Month
We often reduce baseball to a game of numbers, but when we do so we risk losing track of the depth and history of this game. No matter how good we become at make statistical projections and probability based calculations that let us explain all facets of the game, history will still happen. Ordinary players will do extraordinary things that, to some degree, stand outside the spreadsheets and formulas and remind us all that there truly is nothing in this world quite like baseball.

On April 23rd a career shortstop who had been in the minors since 2005 was forced by circumstance to start a game in left field. That game would have been notable just because he hit his first home run of the season in the first inning, but it was how the game ended that grabbed my attention. He started the game in left, but he finished it on the mound and was the winning pitcher in extra innings.

Six days later that same player came to the plate in the top of the tenth inning and launched his second home run of the season. It proved to be the game winner. He started that game in right field.

How many times in baseball history has a player, in the span of a week, been a winning pitcher and hit a game winning home run, both in extra innings and both in a game in which that player was playing out of position? Jonathan Mota‘s numbers are fairly pedestrian this year, as are his career numbers. And yet, just a month into the season, he has already been the hero in two different extra inning games.

My Player of the Month for April is going to Anthony Rizzo, largely because of that incredible line against right handed pitching. But a most Honorable of Mentions goes to Jonathan Mota for giving us a taste of baseball history that is not likely to be equaled this season.