Cubs' Minor League Daily: All About The Pitching Skip to content 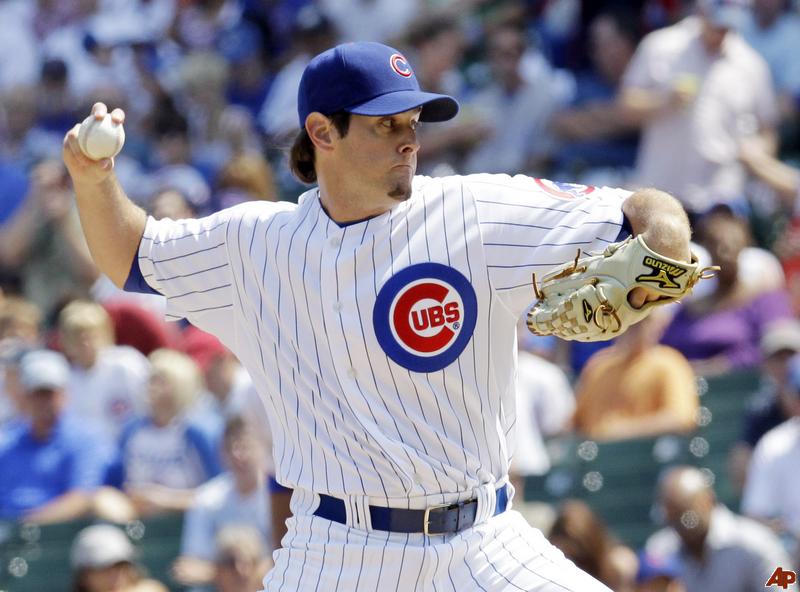 Yesterday, Frank Batista was declared the Bleacher Nation Minor League Pitcher of the Month. Later in the day the Chicago Cubs concurred with that decision and announced that Batista is also the organization Pitcher of the Month for April. That’s a lot of recognition for a guy who has labored in relative obscurity for most of his career. If you can call being a mid-season and post-season All-Star and the closer for a championship team in the Florida State League obscurity, that is.

In the third inning Coleman gave up two hits, two walks, and a fielder’s choice before he was pulled with one out in the inning. Manuel Corpas did a nice job keeping the inning in hand, but Memphis still pushed across the only two runs they would need all night. Jeff Beliveau gave up just one hit in the final two innings.

What a difference a day makes. On Tuesday the Cubs had more hits than they knew what to do with. On Wednesday they only had three. Luis Valbuena hit an eighth inning solo home run, and that was the scoring for the Cubs. The unquenchable Anthony Rizzo had a double in three at bats, and Adrian Cardenas collected the Cubs’ only other hit.

AA – Tennesse Smokies. 12 – 15
It was warm and sunny in South on Wednesday, and the six thousand fans probably enjoyed the weather as much as the Smokies’ 9-5 win at home.

We’ve seen better from Nicholas Struck. He only went five and a third innings and only struck out three. He walked four, gave up five hits (including a home run)… and limited the damage to just four runs (three earned) on the way to his third win of the season. It is always nice when pitching prospects control a game from one end to the other, but I like to see how a pitcher (or any player) responds when they struggle. Even though the numbers weren’t good, I’m happy with Struck’s outing. He clearly did not have his best stuff, but he limited the damage, ate up a few innings, and kept his team in a position to win. Any pitcher who can do that on his bad days is a pitcher worth watching.

After Struck left the game Casey Weathers (1.2 innings, 3 BB, 1K) and Casey Harman (1 inning, 2H, 1R) kept the lead in tact before they handed the game off to Alberto Cabrera for a perfect ninth inning.

The Smokies’ totaled 13 hits in this one, and they weren’t cheap hits either. The highlights include two home runs (James Adduci and Jonathan Mota), two triples (Elliot Soto and Logan Watkins), one double (Justin Bour), and three players with three hits in the game (Wakins, Mota, and Jae-Hoon Ha). Let’s hope they can hit like that again a few dozen more times this season.

High A – Daytona Cubs. 7 – 19
Another day, another tough loss for the Daytona Cubs. Once again they led early, rallied late, and fell short. The final was 6-4.

With the exception of two pitches, starting pitcher Eric Jokisch had a pretty good day. His final line read 6 innings, 6 hits, 3 runs, 2 walks, and 7 strikeouts. The two home runs he allowed definitely take the shine off his performance. Scott Weismann and A.J. Morris both allowed runs in relief, but Weismann’s were unearned.

The Cubs only had six hits in this game, although four of them were doubles. John Andreoli and Greg Rohan both had a double as part of their 2 for 4 games. Elieser Bonne and Richard Jones hit the remaining two baggers.

Andreoli’s good game at the plate carried over onto the field. In addition to his two hits, he also gunned down a runner at home.

Low A – Peoria Chiefs. 10 – 16
For seven and two thirds innings the Peoria Chiefs enjoyed some good pitching. For that other third of an inning, one of their best pitchers this season completely melted down. The result was a close game and a 6-3 loss.

Patrick Francescon was good, but not great. He went 7 innings and gave up 3 runs on 6 hits, 3 walks and a home run while striking out 5. The Chiefs sent Yao-Lin Wang and his 0.00 ERA to the mound in the eighth inning, but Wang completely fell apart. One batter reached on an error, two more walked, and Wang balked before it was all over. Wangs’ formerly pristine ERA is now merely an excellent 0.870. Andrew McKirahan came in to collect the final two outs, but only after the damage was done. Three runs scored, all charged to Wang, and that was final margin in this game.

The Peoria offense had plenty of chances to score in this one. Their three runs came on nine hits, but the Cheifs’ were an abysmal 2 for 14 with runners in scoring position. Paul Hoilman led the team with two doubles. Zeke DeVoss and Taiwan Easterling also doubled and Pin-Chieh Chen had two hits and a stolen base, but the Chiefs could not break through for the big inning they needed.