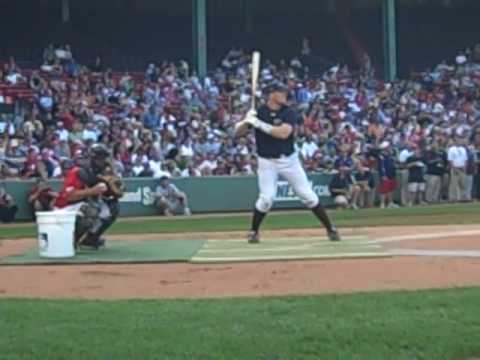 Paul Hoilman‘s remarkable hitting streak came an end on Saturday in front of a sell out crowd in Peoria. After a team record 24 game straight games with at least one hit, Hoilman’s bat finally went silent. A hitting streak of this magnitude is a remarkable accomplishment for any player at any level of professional baseball. Talent alone is not likely to yield sustained success of this nature; Hoilman must have worked hard on his preparation both before and during the season for a streak like this to happen.

Now that the streak is over, it is time for the young first baseman to start working on a new one.

Frankie De La Cruz pitched the first four innings and allowed three runs on five hits. Esmailin Caridad walked three in the ninth and, as a result, allowed the winning run to score. In the middle Manuel Corpas pitched well… and so did Frank Batista. Batista, if you remember, was dominant as a closer in Tennessee before being sent to Iowa to work in middle relief. For the first time in what feels like an eternity he actually struggled some in a recent games, allowing three runs in each of consecutive appearances. At the time I commented it would be interesting to see how long it took him to made adjustments and regain his success. The answer, as it turns out, was four days. He tossed two scoreless innings on Saturday night and allowed just one walk to go with a strikeout. That’s good news for Cub fans everywhere.

Alfredo Amezaga, Luis Valbuena, and Jonathan Mota both had two hits for Iowa. Mota and Matt Tolbert both added doubles.

At the beginning of this month I picked on Anthony Rizzo for his weak numbers against left handed pitching. Since that time he has raised his batting average against southpaws to a very respectable .289. As far as I’m concerned, his plane for Chicago could board any minute now.

When the starting pitching and the bullpen all struggle in the same game, the results are never good. Starter Nicholas Struck made it into the sixth, but he gave up four runs on ten hits. Ryan Searle could not find the strike zone in relief and coughed up another four runs himself. The final run was scored on Alberto Cabrera. The game ended with a blessedly scoreless inning of work by Kevin Rhoderick.

Michael Burgess had two hits (including a double) and Justin Bour also had two base hits to lead the Smokies. Junior Lake had one hit and collected yet another walk. I have been very impressed with Lake’s performance early this season. In all of 2011 he walked just 19 times (and struck out 109 times). In his first 6 games in 2012 he has 5 walks to go with 4 strikeouts. If he keeps that up he is going to make some friends in the Cubs’ front office.

High A – Daytona Cubs. 13 – 22
Good pitching was the story of the day in Florida on Saturday. Four Cub pitchers combined on a five hit shutout as Daytona prevailed 4-0.

Eric Jokisch pitched six very good innings (4H, 5K) and was followed in the shutout parade by Ty’relle Harris (0H, 1K), Scott Weismann (0H), and Tony Zych (1H, 1BB, 2K). All four of these pitches are having pretty good seasons. Zych ranks the highest as a prospect. He was drafted in 2011, is already pitching well in High A, and has future closer potential. Ty’relle Harris is the best story, though, as he continues to have success as he recovers from the injuries accrued in a hit-and-run accident last season.

Rubi Silva, Arismendy Alcantara, Richard Jones, and Elieser Bonne all had two hits for the Cubs, but Jones had the best day of all with two doubles and a walk. Alcantara swiped his eighth base of the season. As a team the Cubs did well in RISP situations (3 for 9) and left just five men on base.

When looking at minor league stats it is always important to check the monthly splits rather than simply looking at the season numbers. Players are in the minors to learn and refine their games, and it just makes sense that as they gain experience their most recent stats (broadly speaking) will show that improvement. There are some risks associated with looking at stats in this way, particularly with regard to sample sizes, but if we keep those risk in mind we can still use split stats to gain additional insight into a prospect’s progress. Now, with that disclaimer out of the way, check out what Elieser Bonne has been doing in the month of May. Progress? Aberration? For an enigmatic player with little professional experience, those numbers are intriguing at the least. We’ll continue to keep an eye on him.

Low A – Peoria Chiefs. 15 – 21
That sell out crowd in Peoria was treated to a great pitching duel. Even better, they were treated to a 2-1 Chiefs’ win.

Patrick Francescon was, once again, excellent. In seven and a third innings he gave up one run on three hits, two walks, and struck out four. This was Francescon’s fifth start of six innings or longer. So far opposing batters are hitting are mere .160 off the right hander. After Francescon left the game, Yao-Lin Wang pitched a perfect inning and two thirds for his first save of the season.

Peoria scraped together two run on just six hits in this game. Marco Hernandez led the attack with two hits. Taiwan Easterling collected the Chiefs’ lone extra base hit, a double. Zeke DeVoss flashed his lead off hitter skill set by drawing three walks and scoring the teams’ first run on a pair of errors in the second. Even though DeVoss has a batting average of .248, he has an OBP of .351. He could be an option for the Cubs at second base in a few years.