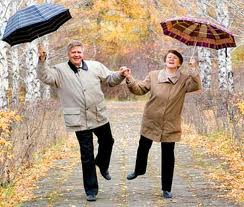 The Chicago Cubs are in mired in a bit of a funk right now. Unfortunately, this is not likely to be the last such bad stretch the Cubs suffer this season. It may not even be the worst one. So, what’s a frustrated Cub fan to do after suffering through another dismal loss?

Why not listen to a minor league game? All the radio broadcasts for all of the Cubs’ full season farm teams are free over the internet, and I promise you that all of the radio crews make for a more pleasant listening experience than those guys who call the games for the White Sox.

If you want hope for the future, I suggest taking in an Iowa game. Iowa has a losing record, but an Anthony Rizzo long ball is bound to the make your day a little brighter. And he is hitting a lot of long balls. Just listening to the Iowa broadcasters talk about this guy in awestruck tones is enough to make a Cub fan’s day a little bit brighter.

Your best shot at listening to a win for the Cubs’ franchise (without checking individual pitching match ups) would likely come from either Tennessee or Peoria right now. Both teams have their issues, but both have been playing fairly well lately. The Smokies currently star Junior Lake, but Peoria probably has more overall raw talent.

If the Cubs’ pitching has you depressed, give a Daytona game a listen. There are several good starting pitchers on the Daytona Cubs’ roster, and their natural talents are only enhanced by the pitching friendly nature of the Florida State League. Wins are harder to come by from Daytona games, but we usually can’t blame that on the starting pitching.

Of course, nothing washes away a Cubs’ loss quite like a thirty or forty game winning streak, but until that happens the minor leagues will be ready and waiting to soothe the frustration and disappointment.

Rodrigo Lopez and Jeff Beliveau combined to throw eight innings of one hit baseball, but yet another bad inning from Nate Robertson cost the Cubs the game. Lopez’s season ERA is now down to 1.35. I know Cub fans are leery of this guy after his mediocre (at best) performance in the majors last season, but given the way he has been pitching lately I think he could get another shot in the bullpen.

Brett Jackson doubled for the Cubs, and Josh Vitters both doubled and scored the team’s only run.

Minor league veteran catcher Brian Esposito signed with the Iowa Cubs and made his first appearance on Sunday. If Koyie Hill or Blake Lalli wind up on the disabled list before any of the current crop of injured catchers are ready to play, we could see Esposito in the majors.

AA – Tennesse Smokies. 20 – 24
The Tennessee Smokies became the first team in the farm system to reach twenty wins with their 6-3 win on Sunday.

Trey McNutt pitched five pretty good innings and won his second game of the season. Casey Weathers had another encouragingly accurate inning of work before passing the ball to Kevin Rhoderick for two nearly flawless innings. Frank Batista pitched a perfect ninth for his sixth save.

Junior Lake (playing third base in this game) doubled in five at bats. Jae-Hoon Ha had two hits, both singles. The big star of the game was Rebel Ridling, who exploded out of his slump with a two home run, three RBI performance. If Ridling and Justin Bour ever get hot at the same time, the Smokies could have an offense capable of putting up some impressive power numbers. James Adduci can also play long ball; he hit his third of the season in this game.

Austin Kirk has had a run of good starts lately; he was probably due for a bad outing. Kirk did not make it out of the third inning as he allowed six runs on eight hits and took his first loss of the season. Eduardo Figueroa had an odd inning and two third of work. All five of his outs were strike outs, but he also allowed four hits and a run to score. Joseph Zeller allowed a run on two hits in his two innings of work. Tony Zych was flawless over the final two innings, lowering his ERA to 3.22.

Daytona tried to rally and scored all four of their runs in the seventh inning, but they could not close the entire gap. Micah Gibbs hit his first triple of the season and drove in two runs. Nelson Perez doubled as part of his two hit game. Elieser Bonne also had two hits for the Cubs.

Low A – Peoria Chiefs. 20 – 24
Peoria tied Tennessee in the race to twenty wins thanks to their 9-6 win in ten innings on Sunday.

The wind was blowing hard (23 MPH) to right field, but despite that Gerardo Concepcion pitched a decent game. He pitched five innings and allowed four runs on six hits with three walks and two strikeouts. Ben Wells blew Concepcion’s shot at a win, but picked up a win of his own. Wells also threw five innings, allowing two runs on five hits with seven strikeouts. All in all, not a bad game in some very tough conditions for two pretty good pitching prospects.

Offense was plentiful for the Chiefs in this one. Zeke DeVoss, batting lead off, reached twice on a hit and a walk. Taiwan Easterling was batting second and reached three times on a hit and two walks. Rafael Lopez had two hits, including a double. He was one-upped by Paul Hoilman who had a triple as part of his two hit day. Taylor Davis out did them both with a three hit performance that included a two bagger. Anthony Giansanti collected two hits of his own in addition to a walk. Also joining the two hit club was Oliver Zapata. The big blow of the night, though, was a two run double smacked by Pin-Chieh Chen in the top of the tenth inning.

Chen also collected an outfield assist by bagging a runner at second base.