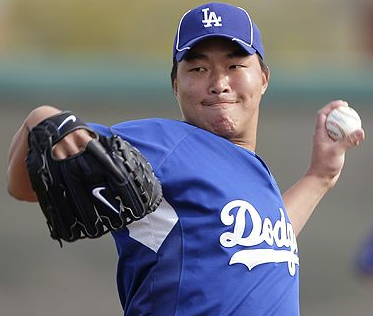 If this news came about two years ago, it would have been hugely exciting.

Today the Chicago Cubs signed left-handed reliever Hong-Chih Kuo to a minor league deal. Kuo, 30, will report to extended Spring Training in Mesa, and the Cubs will see what he’s got left.

You may remember Kuo from 2010 – he was that reliever with the Dodgers who was so absurdly good, and came out of relative obscurity to do it (he’d actually been pretty good for two straight years before that, but his 2010 season – 1.20 ERA, 0.783 WHIP, 4.06 K/BB in 60 innings – really put him on the map). In 2011, however, an anxiety disorder and an elbow problem wrecked his 2011 season, and he hasn’t been able to come back since. He spent Spring Training with the Mariners this year, but he couldn’t put it together, and the team released him in mid-March.

This is a classic low-risk, high-reward flyer, and would make for a nice story if Kuo could come back with the Cubs. But the probability here – Kuo is on his fifth elbow surgery – is quite low.