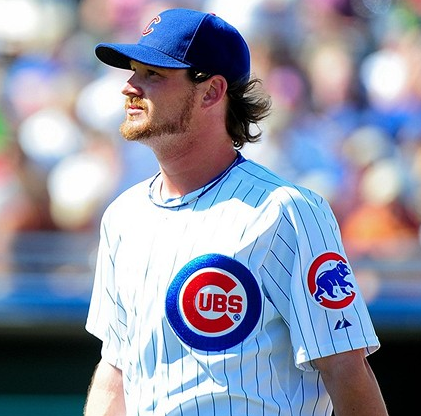 That’s a simultaneously scary and encouraging thought, given that the 24-year-old couldn’t even make the Cubs’ rotation out of Spring Training.

In Mesa Wood was wild and hittable, and he quickly fell out of a rotation competition that saw what could have been his spot go to Chris Volstad. Wood instead went to AAA Iowa to keep working, and waiting for a chance.

Now Volstad is in Iowa putting in work, and Wood is highlighting the Cubs’ rotation. Wood currently sports a 2.27 ERA over his five June starts, and he looks mighty effective every time out.

So, some people wonder, did the Cubs screw up by starting the year with Wood in the minors, rather than the rotation?

Eh. I can think of at least two reasons you can’t really call it a screw up.

First, we don’t know that Wood would be throwing quite this well without that time in Iowa. Indeed, both the Cubs’ staff and Travis Wood, himself, say that starting the year at AAA Iowa was probably the best thing for the lefty after a rough Spring Training.

“The time down there was actually very useful,” Wood said of his time with Iowa, according to Bruce Levine. “I worked on things I needed to and was able to iron some things out.” Now that he’s pitching so well with the big club, it’s easy to look back on all of those Chris Volstad losses and wonder what might have been, but that’s a dangerous game. We don’t know if Wood might have struggled (perhaps even wrecked his confidence) had he started the year on the big club.

The second reason I’m not sure it was a screw up to leave Wood down to start the year? Everyone’s favorite dirty little secret: service time.

No one talks about it with Wood, but, just like with Anthony Rizzo, keeping Wood down to start the year bought the Cubs another year of control over Wood. He came into the year with one year and 39 days of service time. By my quick calculations, because the Cubs kept him down until late May (save for a one day call-up in early May), he won’t quite reach two full years of service time by the end of this season, assuming he stays up the rest of the way. That means he won’t quite reach six full years of service time by the end of the 2016 season, so the Cubs get him for another year in 2017. Again, that’s quick and dirty math, but I think I’m right. (If someone wants to double-check me and offer any applicable corrections, I’d be much obliged.)

Hopefully Wood keeps up the success, and cements himself as a part of the Cubs’ rotation for years to come. He’s never going to be an ace, but he could be a very solid number three, which is probably as much as the Cubs hoped when they dealt Sean Marshall for him this offseason.

But, for now, and the rest of this season, Wood might have to serve as a de facto number one.