The First Half is Over and Other Bullets Skip to content 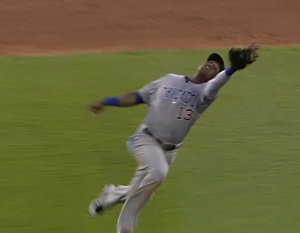 The Cubs finished the first half of the year 31 and 50, putting them on pace for a healthy 62 and 100 season. Making the playoffs would require at least 88 wins, we’ll say, so the Cubs would only have to go 57 and 24 in the second half to lock up a playoff spot. Oof.