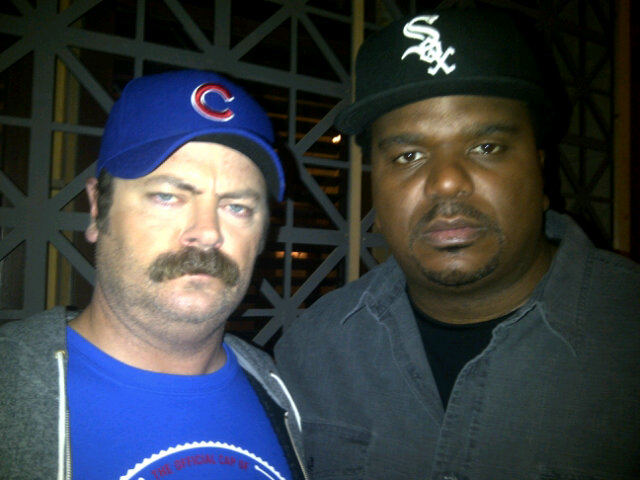 New Era has created a brilliant campaign involving caricature fans of various teams, sparring with each other about their rivalry. In the Cubs/White Sox world, that means Ron Swanson (Nick Offerman from ‘Parks and Rec’) and Darryl Philbin (Craig Robinson from ‘The Office’) going at it (I don’t care whether they’re being themselves or their characters: that’s Ron Swanson, damn it). Here was the first video (a Cubs/Sox battle), here was the second (Ron sharing the many things he would do to see the Cubs win it all), and here was the third (Ron trying to sing the Seventh Inning Stretch, and Darryl showing him what’s up).

This time around, in the final video, the two battle it out … without ever saying a word: