Oneri Fleita OUT As VP of Player Personel (UPDATE: Others As Well) Skip to content 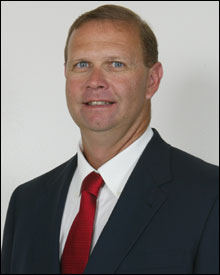 According to Bruce Miles, the Chicago Cubs will be parting ways with Oneri Fleita, a long-time member of the front office who had headed up the Cubs’ farm system for many years. His current title is (was?) VP of Player Personel, which reflected his standing as the number two man in the farm department behind Scouting and Player Development Chief Jason McLeod. Fleita has been with the Cubs for more than 15 years, and has been near the top of the player development heap since 2000.

Fleita’s departure would be something of a surprise given the fact that he was handed an extension just last September by Cubs owner Tom Ricketts in order to persuade Fleita to say no to reported overtures from the Tigers. On the other hand, the extension, itself, was something of a surprise, because Ricketts gave it to Fleita before Theo Epstein and crew had even been interviewed, much less hired. Even if Fleita’s extended time in Chicago was just one year, I’m sure his presence helped with the transition.

Losing Fleita would certainly sting – he’s considered one of the top executives dealing with Latin America, and had been a big part of the Cubs’ development efforts in the Dominican Republic, among other places – but it’s possible this is an expected transition. Perhaps Fleita is getting the opportunity to take on a bigger and better job in another organization, and the Cubs are saying, “go forth and prosper.” Or perhaps Theo decided that the Cubs’ player development record over the past decade has been less than stellar, and it was time to move on. We’ll just have to wait and see.

There will be a great many more details on this – possibly as soon as later today. Before freaking out, remember that there were widespread false rumors of Randy Bush being axed from the front office last year.

The front office has been reshuffled in the last week, with Jaron Madison being hired away from the Padres as the Cubs’ new Scouting Director, and Tim Wilken being promoted to a Special Assistant role.

UPDATE: The Cubs have confirmed the separation, and there will be more on it later.

UPDATE 2: Other folks are getting the ax/being reassigned today. I’ll have the full rundown later, but stats guru Ari Kaplan has been re-assigned into a consulting role, and Chuck Wasserstrom – the Cubs’ long-time Manager of Baseball Information – has been canned. The position is being eliminated, which tells me it was pretty old school.