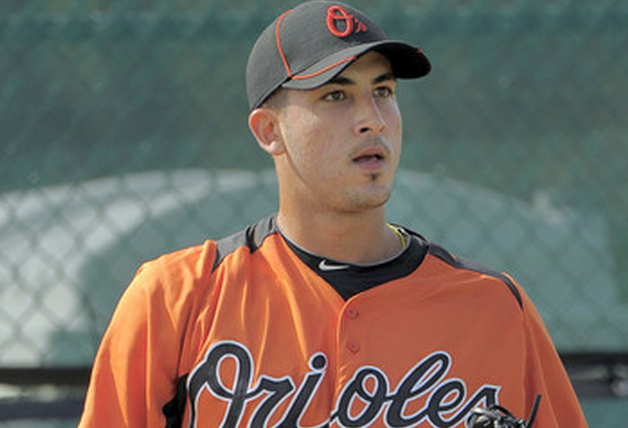 Today the Chicago Cubs claimed another player off of the waiver wire (can you recall a year, from Spring Training on, in which the Cubs claimed more players than this year? Neither can I). The claim of the day is 26-year-old righty Miguel Socolovich, a former Sox prospect – first Red, then White – from the Baltimore Orioles. In order to make room for Socolovich on the 40-man roster, the Cubs designated catcher Blake Lalli for assignment.

Socolovich pitched in limited duty for the Orioles this year, but, so far, has spent almost all of his career in the minors, and almost entirely as a reliever. Signed by the Red Sox seven years ago, Socolovich was welcomed to professional ball by Tommy John surgery, from which he took a while to recover. His first full season came in 2007, after which he was dealt to the White Sox in a deal for David Aardsma. He languished in the White Sox organization, ultimately becoming a free agent after 2011, when he signed with the Orioles.

The backstory, then, doesn’t tell the tale of a well-thought-of prospect, but the numbers are quite solid, and trend upward. As Socolovich moved up to the higher ranks of the minors, his BB rate increased to a 4.4 last year (before falling back to 2.4 this year), but his K rate also increased dramatically. His K/BB ratio reached a solid 2.59 last year, and exploded this year, at 3.71. As I said, the trend is nice. His ERA has always been solid, and this year, so far, is a sparkling 1.90 at AAA (in the less hitter-friendly International League), and his WHIP is just 0.904. This was an easy and obvious guy to take a chance on.

The Cubs optioned him to Iowa after the claim, but he’ll likely come up with the big club in September. The Cubs will give him a look now, and then consider him for a bullpen job in the Spring. This is one of the many ways that most successful bullpens are built.

All in all, a nice freebie.

As for Lalli, at 29 and only modestly successful in the upper minors, I doubt he is claimed. The Cubs will retain his rights, then, through the end of the season. After that, he may elect to sign a minor league deal with another organization.